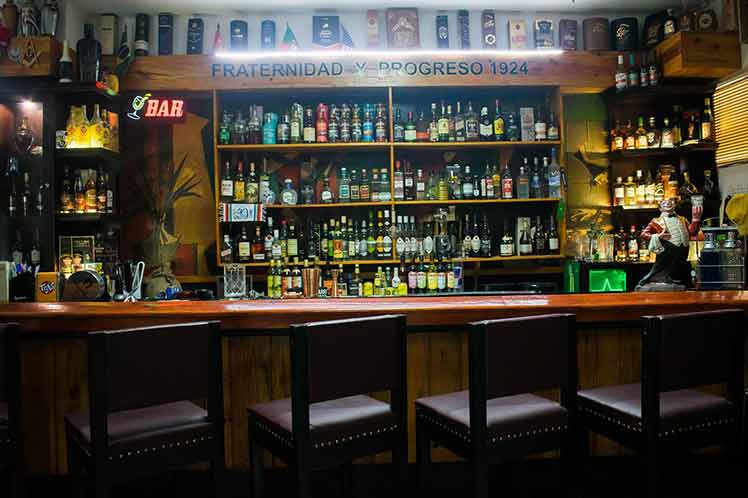 Varadero, Cuba, Nov 23 (Prensa Latina) When next year Cuba welcomes participants of the World Cocktail Championship at the western beach resort of Varadero, the country’s cocktail history and culture would have turned it into the first Latin America country to host an event of this type.
Share on facebook
Share on twitter
Share on whatsapp
Share on telegram
Share on email

That clear sign of recognition seems to be the top of a series of awards granted to representatives of the guild in editions previous to that competition, but also in some others such as the International Bartenders Association (IBA) Presidents’ and Pan American Friendship Cups.

Awards at the Havana Club International Gran Prix or at the Contest on the 200th anniversary of the Pernod Ricard Brand, along with the declaration of Havana in 2008 as Ibero America’s Cocktail Capital, also nurtured the prestige of those professionals and their creations on that small island.

The election for the World’s venue marks a before and after in every sense. It is an award for the work of today’s bartenders and an homage to those from yesterday’s, also to those first founders who showed us the way, said the President of Cuba’s Bartenders Association (ACC) José Rafa Malém, told Prisma.

Probably in such tradition —marked by the beginning of the national bartenders’ club in 1920s from the last century— results reached by the current association, reorganized in 1998 and inherited by the precursor, has found its root since.

An essential part of that legacy, concentrated in mixtures of undeniable charm to the senses, lasts, according to Malém, in the contributions made by professionals such as Emilio González (the Maragato), who in 1890 delighted connoisseurs with his compound gin, and shortly after, with the natural daiquiri.

Another milestone was set by Catalonian Constantino Ribalaigua (the Constante), a master in that art who turned the Floridita into “the cocktail cathedral” due to his combinations such as the Daiquiri frappé, the Presidente and the Papa Hemingway —the latter in honor to the US writer, a regular client to this emblematic place of Havana—.

Miguel Boadas, to whom it is ascribed the “poured” style, and Fabio Delgado, a top figure for 15 years of the famous Sloppy Joe’s bar, also in Havana, are added to this trend of wisdom that nurtures the history of cocktails in the Caribbean nation up to now, which is also blessed by the excellence of its light rum.

With a legacy recognized by myths in relation to those and other experienced bartenders, mixtures and establishments that have captivated the world and a famous international base for its drinks, the ACC —sponsored by Havana Club International— aspires to continue promoting skills and incentive.

The main characteristic of our Association —whose relations body is the Ministry of Tourism— as it is the oldest; therefore, that of largest tradition, culture and experience, said Malém, who forms part of the IBA Hall of Fame due to his Los Nardos Cocktail.

Secondly, we also have rich cultural and cooking influences of which just a few countries can boost of, the president added, upon mentioning those from Africa, Spain, the UK, Portugal, France, the United States, Latin America and the Caribbean.

As the next host of the IBA world championship, the ACC seeks to focus on the organization of an event that shows its members’ professionalism and the quality of the alcoholic beverages of the archipelago.

In November 2022 participants in the event, from more than 60 nations, will certainly find a safe Cuba, distinguished by the warmth of its people, and a place of competition truly privileged: the Meliá Varadero Hotel, in the country’s main tourist resort.

About the World Cocktail Championship hosted in Cuba:

– The event will take place at the Meliá Varadero Hotel, in the country’s main tourist resort, on November 4-9, 2022.

– Representatives from the IBA member countries (64) will participate in two styles: classical and free.

-The agenda includes, in addition to the event’s stages, a visit to the rum factory of San José de las Lajas, a meeting with Cuban Rum Masters, and a tasting of those rums with habanos, chocolate and coffee, among other activities.

– Cuba’s representatives to this event will be the winners of the first places at the Fabio Delgado National Competition in memoriam, on both styles, to be held in February.