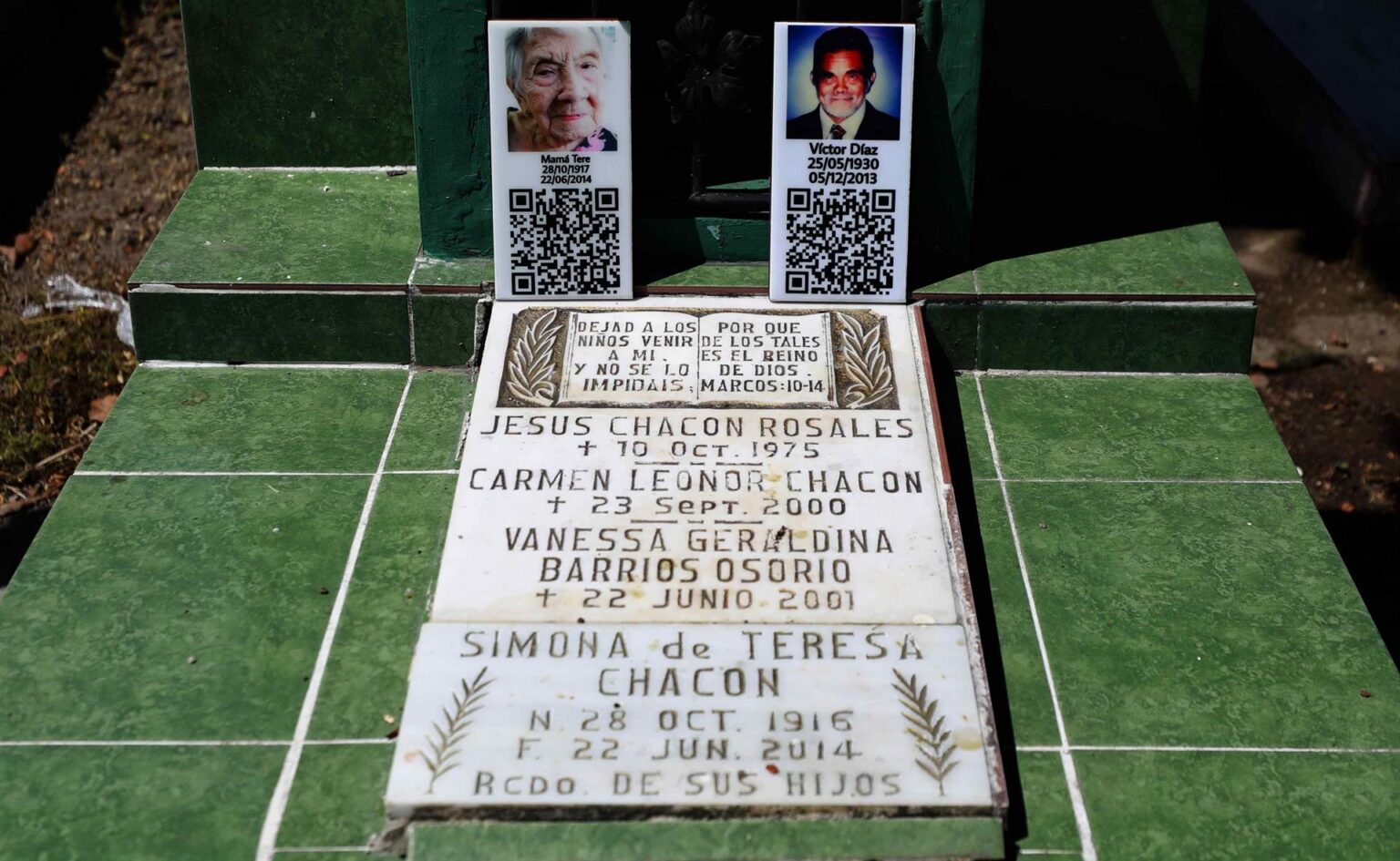 San Salvador.- The flowers that flooded cemeteries in El Salvador during the Day of the Dead have already withered, but in some tombs there is still a novel, everlasting and original tribute: a QR code that, once scanned, shows a multimedia gallery with images of "who he was when he was alive."
Share on facebook
Share on twitter
Share on whatsapp
Share on telegram
Share on email

“The idea is to remember our dead as they were, so that they are not forgotten, to keep their memory alive,” photojournalist Frederick Meza says. He is the person who came up with the initiative, which has generated interest in the Central American nation, where every November 2 it is an almost religious practice to “flower” family tombs.

It is like setting up a domestic altar that you can take anywhere in your pocket, even to the cemetery itself: all you need is a mobile device with a QR reader, the modern version of the bar code that has become popular in El Salvador as an alternative to prevent several people from touching the same surface.

Meza began by evoking his aunt Ana Lilian Chacón, a librarian whom he loved like a second mother. Then he put together another one for his grandmother Simona “Mamá Tere” Chacón. Now he does it for anyone who asks him, a sort of “more eternal homage to loved ones, which goes beyond borders.”

Although Meza pioneered this service in El Salvador, in countries like Japan there is already a practice of identifying tombstones with QR codes. And what he conceived as a personal tribute to his elders became a business opportunity that, in a way, benefits from the restrictions linked to the health emergency.

In fact, this year the Mayor’s Office in San Salvador clarified very well the rules to comply with the ‘guanaca’ tradition of cleaning and covering tombs with flowers, hiring mariachis to sing to the dead or eating flakes with ‘panela’ honey: only two people per family, no outsiders, use of masks and social distancing.

Although it was conceived for the Day of the Dead, the initiative has cultural and even touristic potential: guided visits are taken to see where some national figures are buried, to know their history, to calculate how long they lived or to see funeral architecture and art. A bit macabre, but colors were made to suit all tastes.