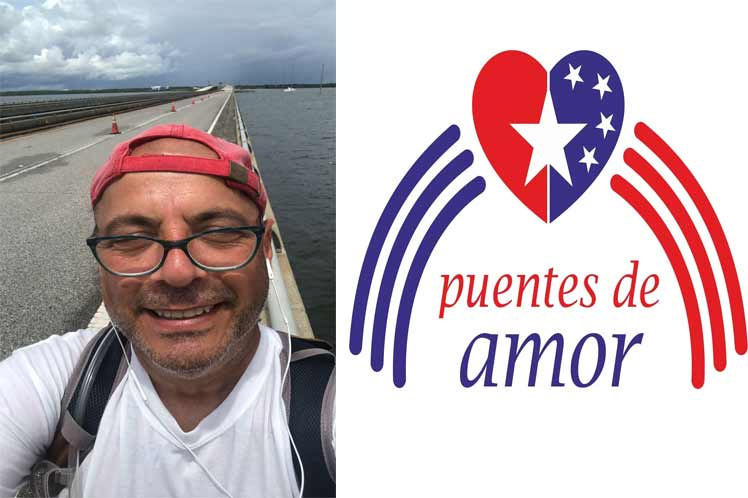 It is cruel and inhumane that in the midst of the worst health crisis in modern history, the US Government continues to be obsessed with the idea of suffocating the Cuban people, activist Carlos Lazo, coordinator of the initiative, said in a message to Prensa Latina.

The Cuban professor, who lives in this country, invited people to participate in the event that will take place this weekend in different cities around the world.

“If there is no caravan or event in your city, be the light in the darkness, be the event,” he stressed.

He asked people and solidarity groups from all over the world to take pictures with flags and posters demanding the end of Washington’s blockade against Cuba, and post them on the social networks.

The tags that will accompany the publications will be #PuentesDeAmor, #CubaVive, #UnblockCuba, as well as President Joe Biden and First Lady Jill Biden, he explained.

The members of the initiative led by Professor Lazo held between June and July this year a march, until then unprecedented, during which they traveled more than 2,000 kilometers, the distance between the city of Miami, Florida, with Washington, D.C., the capital.

Along the way, Bridges of Love joined forces and forged alliances in favor of Cuba and the lifting of the blockade.