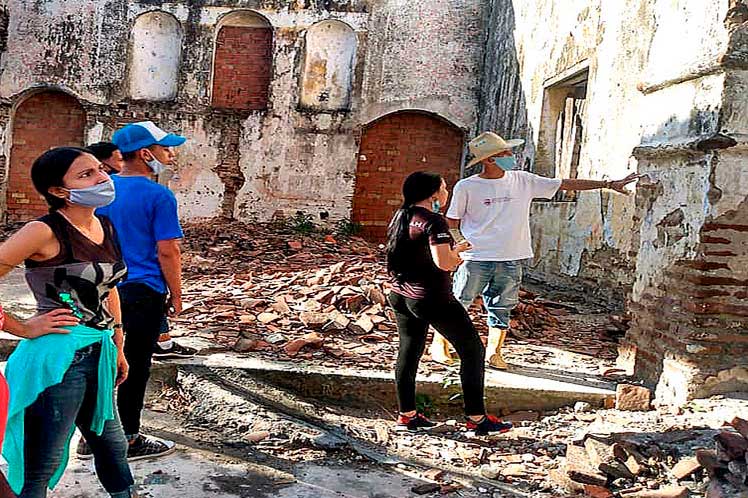 Orlando Álvarez de la Paz, chief specialist of the Manuel Romero Falcó Archeology Cabinet, belonging to the Office of the Curator of Sancti Spíritus, expressed that the work began in February 2016.

Alvarez de la Paz said that on that date they worked in the courtyard of the church and the mural painting still visible on the walls, niches, arcades and on the main altar, as well as they found nails of the time, English fine ware, ordinary pottery, bones and coins.

He detailed that in 2021 the excavations were reinitiated, but for very short time because of the Covid-19, and he emphasized that in these tasks the students of the School of Restoration Trades Conrado Garau Gayá, of the mentioned office, took part in these activities.

The expert emphasized that the day before the actions were resumed and that four teams are working on it: the one of archaeological excavations; study and conservation of the mural paintings; consolidation and the one for disclosuring the results.

The archaeologist explained that among the projects planned to be promoted by the Office is the Paso de las Damas site, in the municipality of Taguasco, where Major General Serafín Sánchez Valdivia fell in combat on November 18, 1896.

Likewise, there is particular interest in returning to the investigations in Pueblo Viejo, considered the first settlement of Sancti Spíritus after the arrival of the Spanish conquerors in 1514, he emphasized.