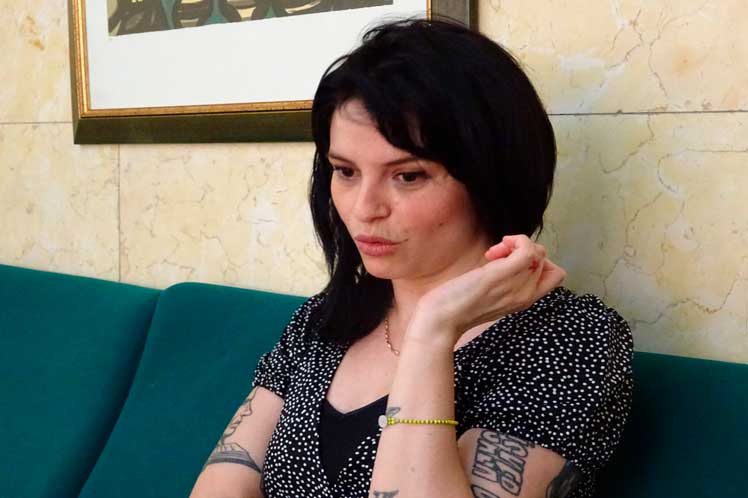 In this regard, Spanish filmmaker Ana Hurtado denounced again the situation, which remains the same despite a letter sent to the interior advisor of the Generalitat.

Hurtado told Prensa Latina that she spoke on the telephone with the secretary of advisor Joan Ignasi Elena on Wednesday about his attestation of these rallies, “which violate international agreements such as the 1963 Vienna Convention.”

In an e-mail, Hurtado, who is also a journalist, explained the violent, defying, instigating and quarrelsome nature of the people who congregate in front of the Cuban Consulate.

As a citizen, there are things I cannot understand. How is it possible that they threaten, insult and slander people in front of the police, which is not freedom of speech, and are allowed to do so? Under this logic, will it also be freedom of speech to say: “I hate women, I hate blacks?,” she wondered.

An Andalusian, who has resided in Barcelona for ten years, Hurtado described the landscape of events that have been occurring in this city for over seven months.

She added that the demonstrators meet every day at 4 pm to harass diplomats when they leave work with phrases such as “burn and gunfire,” or “take stones, knives, machetes,” “hang yourself from a rope,” and incitement to enter the consulate and occupy it.

Furthermore, there have been personal accusations against the consul and his officials, threats to the mayor of Barcelona, petitions to burn the consulate and other insults.