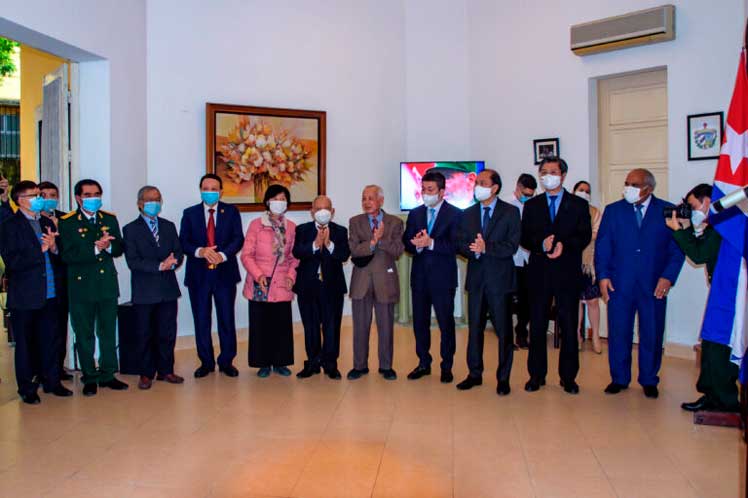 At an event held at the Cuban embassy, veterans of the war and former students on the island exchanged anecdotes about their contacts with Fidel and assured that no other head of state loved Vietnam as much as he did.

There are two moments in Fidel Castro’s life that the men and women of this people will never forget, and on this date of solidarity they remembered them once again.

One, when in the middle of the war he said “For Vietnam, Cuba is ready to give even our own blood”; the other, when in 1973 he became the first and only president to visit the recently liberated areas of South Vietnam.

The Cuban ambassador in Hanoi, Orlando Hernandez Guillen, said that after so many years, Fidel continues to have an active presence in this country, because thanks to him, the architect of national biotechnology, it was possible to send anti-Covid-19 vaccines that today save lives in Vietnam.

Truong Quang Hoai Nam, deputy head of the Foreign Relations Commission of the Central Committee of the Communist Party of Vietnam, said that almost 62 years after the bilateral diplomatic ties, the friendship between the two nations is stronger than ever before.

A video of the moment when the then chairwoman of the National Assembly of Vietnam, Nguyen Thi Kim Ngan, spoke during the funeral honors for Fidel Castro at the Revolution Square was shown at the event.