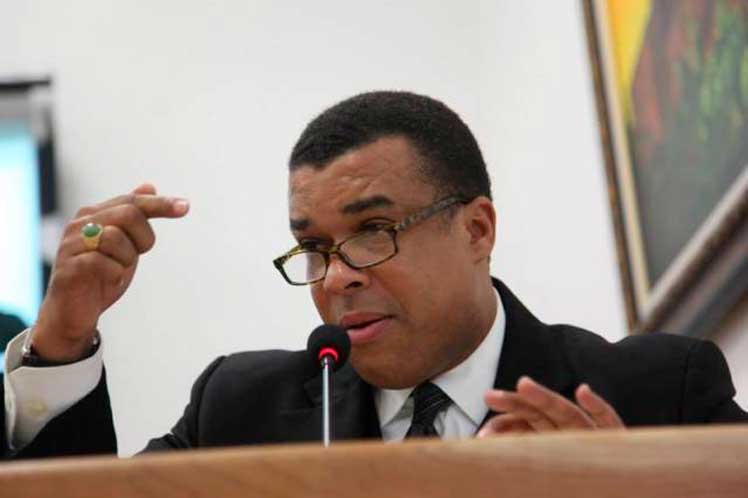 Port-au-Prince, nov 25 (Prensa Latina) Former senator Steven Benoit criticized today the new government of Haiti formed by Prime Minister Ariel Henry, calling it an "improved version" of the Tet Kale party. Benoit, very critical of former presidents Jovenel Moïse and Michel Martelly, who came to power under the auspices of 'Tet Kale', said this Thursday on Magik 9 radio show that the cabinet "is the same regime that has been in power since 2011".
Share on facebook
Share on twitter
Share on whatsapp
Share on telegram
Share on email

According to the leader of Entente(Agreement) party, the most powerful politician in Haiti since 2011 is Martelly, and he has been pulling the strings of the country for a decade.

Yesterday, Henry appointed eight new ministers, as a result of the agreement for peaceful governance signed by hundreds of socio-political organizations, and after receiving pressure from his own allies.

The neurosurgeon in office since last July, after the murder of Moïse, assured that the executive has the mission of creating a safe and stable environment for the adoption of a new constitution, the holding of local and presidential elections, as well as the reestablishment of public order.

At least three of the new ministers already had experience in office such as Nesmy Manigat, who returns to the Ministry of Education, Alex Larsen to the Ministry of Health and Rosemond Pradel comes back to Public Works, Transportation and Communications ministry.

New names are included like that of former Senator Ricard Pierre as Minister of Planning and Foreign Cooperation, while former chief for Haitians living abroad, Jean Victor Généus, is the new foreign minister.