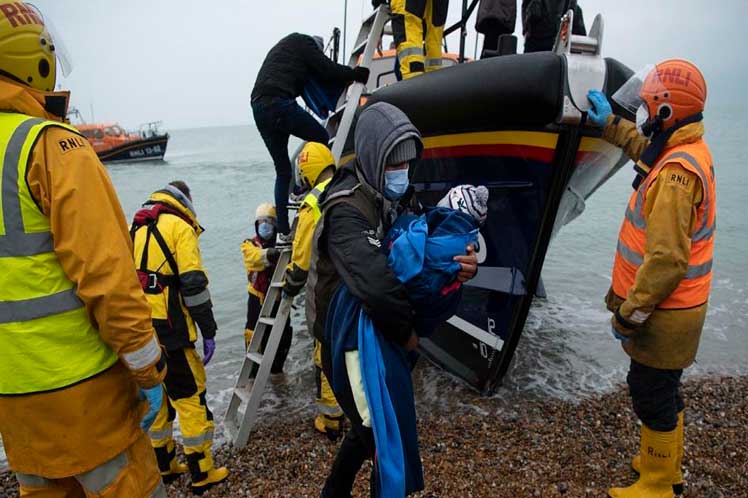 For the director of the Refugee Council, Enver Solomon, the scale of the humanitarian disaster that occurred the day before off the French coast is the wake-up call the British government needed to change its approach and seek safe routes for people seeking protection in the country.

Instead of toughening measures and wanting to punish and return migrants or offer inaccurate or false statements that seek to dehumanize and demonize people crossing the channel, we call on the government to seek fairer, more compassionate and effective solutions, said Solomon in a statement sent to Prensa Latina.

In a very similar vein, Tim Naor Hilton, director of Refugee Action, another of the organizations that watch over the rights of asylum seekers in the United Kingdom, expressed himself in declarations to the Sky News channel.

According to the activist, the current British immigration policy punishes migrants instead of protecting them, and in doing so, he said, plays into the hands of human traffickers.

Following Wednesday’s tragedy, UK Prime Minister Boris Johnson and French President Emmanuel Macron spoke on the phone and pledged to redouble their efforts to prevent people, mostly from African and Middle Eastern countries, from getting into the hands of criminal gangs to make the dangerous crossing.

According to official figures, more than 25,600 people have crossed the English Channel aboard rubber dinghies and other flimsy boats so far this year.

The number nearly triples the total number of refugees who arrived in the U.K. last year irregularly seeking asylum.