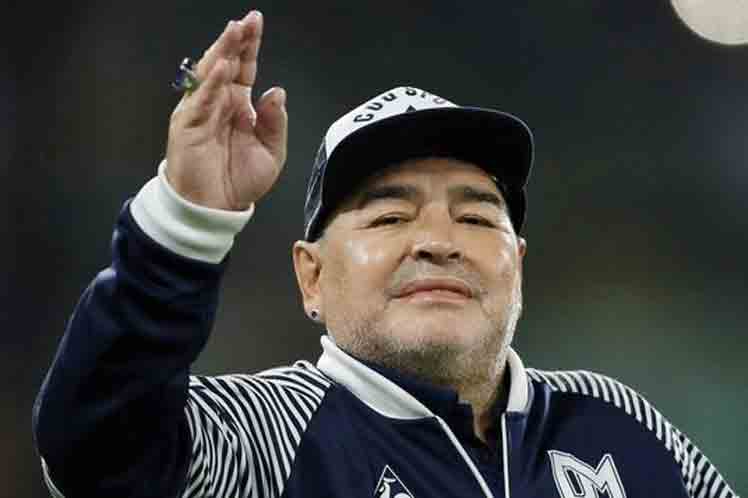 In Argentina, D10S is everywhere, on the facades of walls in any Buenos Aires neighborhood and in murals, the image of that (young) boy who began to love balls and dream of being Diego.

Eternal Maradona, god of soccer, breathes alive in the country, where certain sectors try to stain his legacy and smear his name, but there are more people who worship him.

Many miss his witty ideas. No more photojournalists run after him at Gimnasia y Esgrima La Plata’s field, the last one he stepped on during his life as a technical director.

On November 25, 2020, when the pandemic was in full swing, the news made headlines: Maradona passed away.

Where is the 10?, Carlos Bilardoasks from a hospital. He was the former coach who lived that stunning moment with Diego when he lifted the World Cup in Mexico 1986.

His beloved teach does not know that he died. As the brother of the former coach, diagnosed in 2018 withHakim-Adams syndrome, told, no one has dared tell him that the ‘Pibe de Oro’ is no longer here. Nor have they said anything to him about the passing of José Luis Tata Brown, champion in Mexico 1986, or Oscar Malbernat and Alejandro Sabella, stars of the Estudiantes de La Plata team.

It has been 365 days since Argentina lost one of its greatest heroes and went out, amid the pandemic and regardless of anything, to heartbreakingly mourn him at the Plaza de Mayo.

However, his presence is even stronger. In every corner his imagestands out and drawn by graffiti artists, the player who today learns at the Villa Fioritomeadows, the legend’s birthplace, also lives in theArgentinian national team to which he gave so many glories.

These days many tributes are paid in his country and beyond the seas, as in Italy, where the imprint he left was so deep that almost an altar has been erected in Naples. In the city of Salerno, as part of the tribute, outstanding artist Alejandro Marmo immortalized him with his work Diego Illuminated. It is an iron silhouette with the star’s face that will be shown in the country’s south and will eventually be placed at the Napoli club stadium.

TheLibertadores Cup’s final will also honor Maradona on the first anniversary of his death.