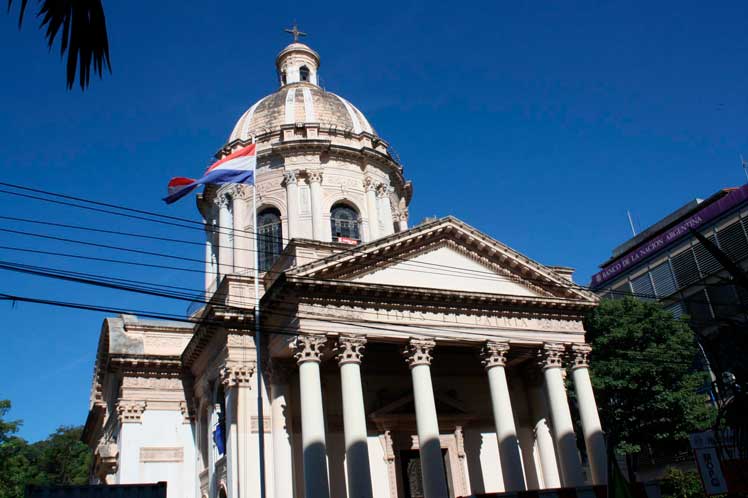 The remains of some outstanding protagonists in Paraguayan history lie there, including José Félix Estigarribia, commander in chief of the army during El Chaco War (1932-1935) with Bolivia, who became President on August 15, 1939. He died on September 7, 1940 in an airplane accident and was promoted to Marshalpost mortem.

Time relentlessly took its toll on the building. It began to be erectedin 1863, but due to the War of the Triple Alliance (1864-1870) the structure remained unfinished and on scaffolding for seven decades, until it opened on October 12, 1936.

Therefore, in March 2015 a call was launched for restoration and reinforcement works of the decorative section, as well as installing electricity, and the company dealing with it started.

A new interruption occurred when a crack was found in the vault, which dated back to 2011, and after studying it experts determined to suspend works. In December, that year, a decision was made to continue with the inclusion of initiatives for the detected problem.

The solution was provided by two Italian professionals through the use of carbon fiber, a very light fabric installed around the cracks to stop movements, as they explained.

In front of its façade, demonstrations by several opposition organizations are usual, either to make one demand or another, or simply to mark an important date.