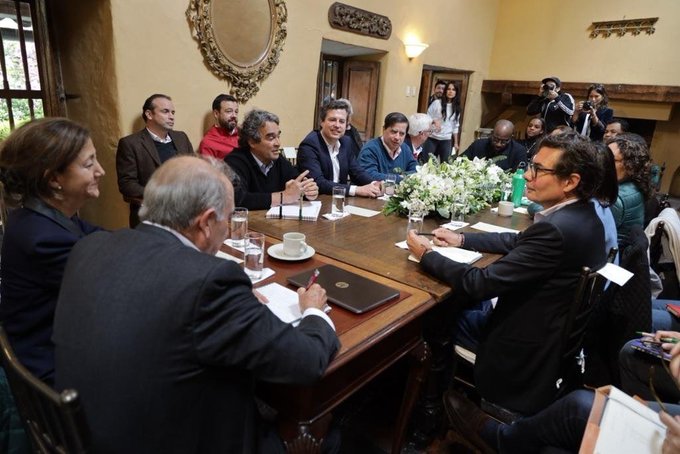 He specified that the so-called “political center” and the ‘Esperanza (Hope) Coalition’, of which he is part, reached an agreement in the face of elections, after nine hours of a meeting held yesterday.

The parties managed to agree on the creation of the new group that will come up with a candidate for the Presidency for next March, Fernando Cristo told local media.

According to what was revealed, the new electoral alliance will have as candidates Alejandro Gaviria, Sergio Fajardo, Carlos Amaya, Jorge Robledo and Juan Manuel Galán, in addition to Fernando Cristo.

If necessary, a second round will be held on June 19.

This way, the landscape for coming elections is shaping up.

At the moment, according to polls, front runner is Gustavo Petro, from ‘Pacto Historico’ (Historic Pact), a plural coalition of progressive ideology that integrates left-wing political parties like Comunes (Commons) and the Colombian Communist, indigenous people, representatives of Afro-Colombian communities, among others.

Colombia searches for those responsible for Ecopetrol attacks

Colombia searches for those responsible for Ecopetrol attacks