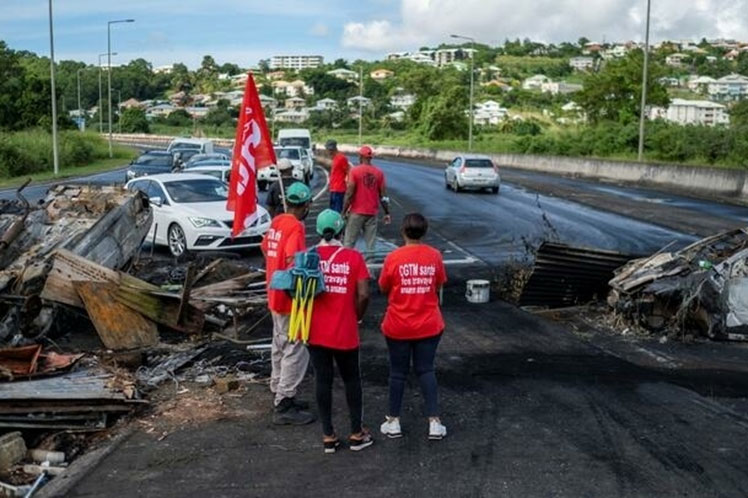 French Overseas Minister, Sébastien Lecornu, visited yesterday the Caribbean archipelago, where he advanced the reinforcement of law enforcement to unblock roads, called for “collective conscience” and denounced that the police are being shot.

The official’s presence did not produce the expected results, as local authorities ruled out meeting with him and the exchange with union representatives was brief.

For days, Guadeloupe has been a tense scenario of demonstrations, confrontations, looting, barricades and strike, with more than a hundred arrests, attributed in principle to the rejection to Paris’ provision of the mandatory nature of vaccination against Covid-19 for health personnel and firefighters.

However, organizers give the protests a social background, related to decades of neglect and policies resulting in hardships.

Speaking to French newspaper Libération, Guadeloupean social leader Elie Domota asked Lecornu and the French government to address long-standing problems, among which he mentioned the fact that 65 percent of those under 25 are unemployed and a large part of the population lives below the poverty line.

According to Lecornu, demonstrations will continue, and added that one thing is certain: “we are mobilized like never before”.

Faced with the complex scenario, President Emmanuel Macron called last week for peace and calm and to end violence in the overseas territory.

The president also called to not politicize the situation and find a solution through explanation and conviction.