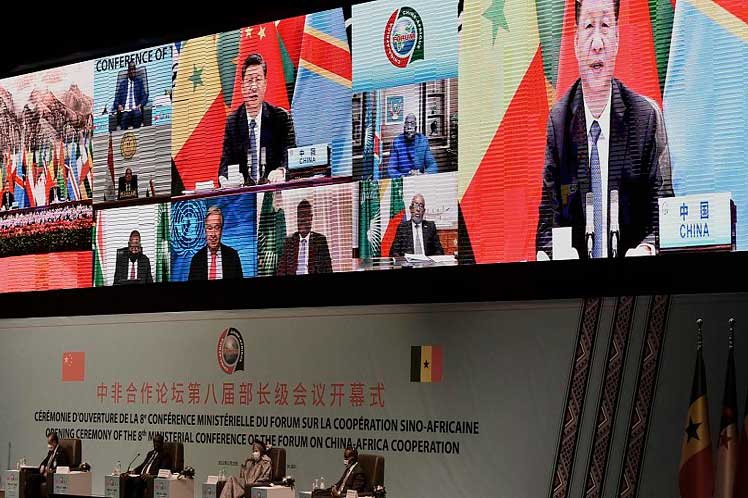 The Chinese Foreign Minister, Wang Yi, said at the session on Tuesday that the immunization rate in Africa is five times lower than the global average, “an unjust and unreasonable situation we must put an end to immediately.”

African countries asked Beijing for a more balanced trade and a beneficial business relation to improve the continent’s economic situation, according to reports disclosed by the capital’s media.

In this regard, Senegalese Foreign Minister, Aissata Tall Sall, described China’s cooperation with Africa as dynamic, wanted and accepted by all African States and shared by African peoples, a common good that has to be preserved.

The forum is being held days after the visit to Nigeria, Senegal and Kenya, paid by US Secretary of State, Anthony Blinken, who promised, in an abstract way, “equitable investments” by his country on the continent, without further clarification.

The relations between Washington and Africa suffered a strong negative impact during the administration of former President Donald Trump, who called African countries “shit holes.”

In contrast, China proposes to extend to Africa its commercial strategy of the 21st Century Silk Road, one of the first results of which is the construction of a railroad to connect Ethiopia with its neighbor Djibouti, a project that created thousands of jobs and is a training platform for African experts.