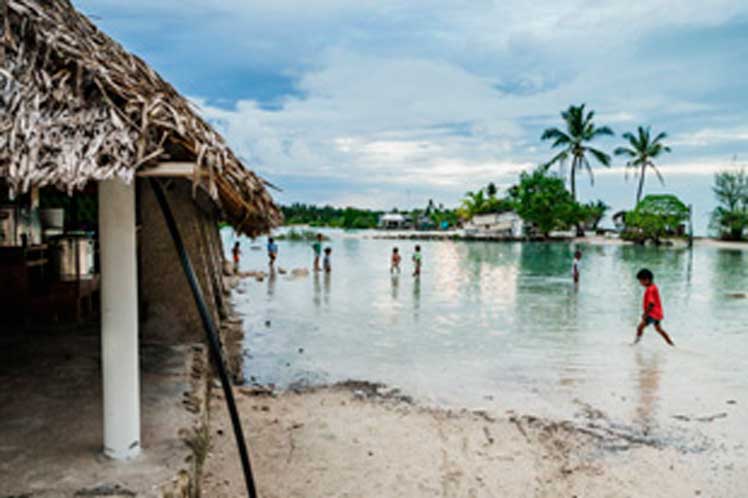 Micronesia’s President David Panuelo told a panel here that industrialized countries must step up their commitments to help others switch from fossil fuels to renewable energy.

All the emission reduction pledges at COP26 will only limit climate change to 2.4 degrees above pre-industrial levels, well above the 1.5-degree target, he said.

She only hoped that the countries would be much more progressive, especially with regard to the threats to the Pacific, she said, although she considered it important that at least the issue is being discussed.

Meanwhile, the former president of Kiribati, Anote Tong, said that the world does not understand that urgent action is needed, as the countries of that region will eventually be under water, even if emissions reduction targets are met.

I don’t think the global community has ever really understood what we are facing with the impacts of climate change. It is an existential threat, he said.

Tong, a two-time Nobel Peace Prize nominee, declared just after the Summit concluded at the end of October that they cannot wait until 2050.

The former president warned that his country will probably become uninhabitable in 30 to 60 years due to flooding and pollution of its freshwater supplies. The low-lying Pacific islands are considered to be on the front line of vulnerability to climate change as they struggle with rising sea levels.