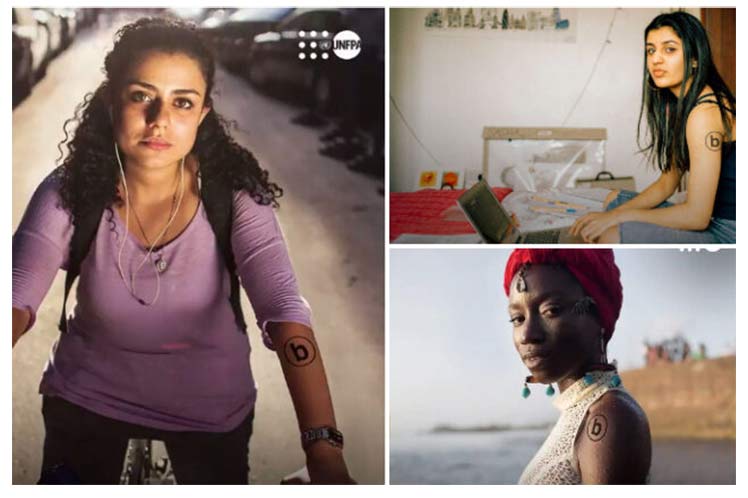 The bodyright campaign highlights that corporate logos and copyrighted IP are more highly valued and better protected online than images of human bodies, which are often uploaded to the Internet without consent, and used maliciously.

The ⓑ symbol – which can be added to any image directly via Instagram stories using stickers, or by downloading it from the webpage – aims to hold policymakers, companies, and individuals to account while simultaneously driving the message that women, girls, racial and ethnic minorities, the LGBTQ+ community, and other marginalized groups are valued and will not be violated online.

From cyberstalking and hate speech, to so-called doxxing (publishing private or identifying information about an individual) and the non-consensual use of images and video, such as deepfakes (whereby a person in an existing image is replaced with someone else’s) – online violence is rife.

Many countries lack laws which make online violence illegal, leaving anyone trying to remove exploitative images of themselves with few legal rights, and a long process for those who try to enforce those rights which do exist.

When someone infringes on music or film copyright, digital platforms remove the content immediately.

Governments have passed laws making copyright infringement illegal and digital platforms have devised ways to identify and prevent unauthorized use of copyrighted material.

These same protections and repercussions must also extend to individuals and their photos, says UNFPA.