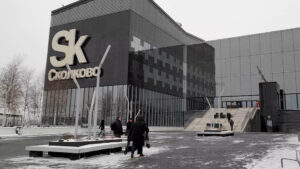 The scientific-technical attaché of the Cuban Group of Biotechnological and Pharmaceutical Industries (BioCubaFarma), Adolfo Castillo, told Prensa Latina that the Havana-based Molecular Immunology Center will be the institution in charge of the project on the Cuban side.

In this regard, he added that the agreement meets the goals of his organization to establish alliances with Russian developers in the sector to achieve joint products that can be registered and administered for the benefit of this country and other nations in the Eurasian region.

For his part, the General Director of the Russian company Alphanil, Dimitri Chelovsky, pointed out that this innovation comes after the success of a similar project, but to treat Parkinson’s disease.

He added that the new product is in the preclinical stage and is being developed by the Cuban side in conjunction with the Center for Research and Development of Medicines (CIDEM) and Neyros from Russia.

The Russian executive explained that the new immune-therapy against cancer will start the development phase in 2022, with the aim of starting clinical trials by 2025.

Both projects, which have already become companies, are located in the Skolkovo Innovation Center, a place for the promotion of science and technology and considered one of the largest of its kind in Europe.

Skolkovo is a fundamental scenario in Russia for BioCubaFarma, as it has served as a platform to showcase its large portfolio of products and services, including several drugs already registered in countries such as Kazakhstan, Belarus, China and India, among others.