South Africa describes relations with Cuba in education as successful 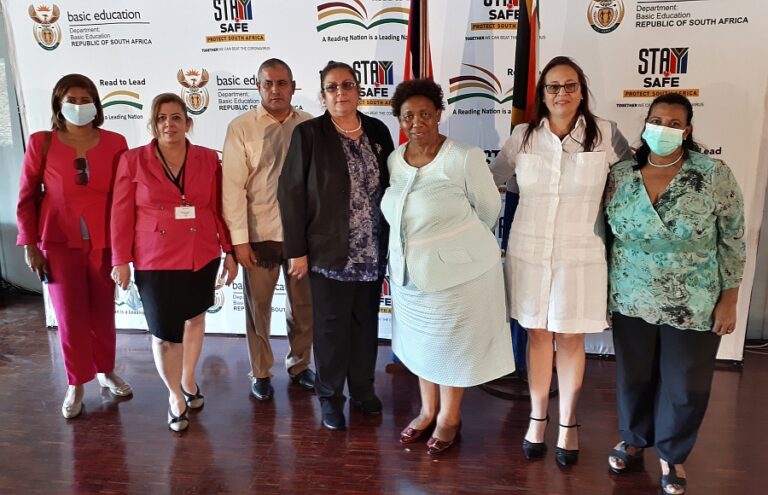 South Africa describes relations with Cuba in education as successful

In statements to Prensa Latina after meeting here with a delegation from the Cuban Ministry of Education, headed by First Deputy Minister Cira Piñeiro, Motshekga noted that that the collaboration program has worked extremely well.

In fact, she added, the provinces that work with Cuban education specialists want that link to continue.

The joint work with the Cuban delegation, she added, has been very good.

We are very excited. We want to thank the Cuban government for sending us that team, she said.

We feel very encouraged, emphasized the minister. We believe that Cuban experts are going to help us much more than they have done so far thanks to bilateral discussions.

I can say, she affirmed, that for us it was a great visit and a great experience.

For the future, with the renewal and expansion of the current agreement, we want to include other provinces, which are not currently part of the agreement, Motshekga revealed.

Currently under the Cooperation Agreement signed in 2019, 20 education professionals provide services in South Africa, mainly on subjects like Physics, Chemistry and Mathematics in four of the country’s nine provinces.

During their stay in South Africa, the Cuban delegation visited the places where the Cuban specialists are working, among other events, in addition to meetings with directors of the Department of Basic Education to discuss the two governments’ strategic priorities in the sector.