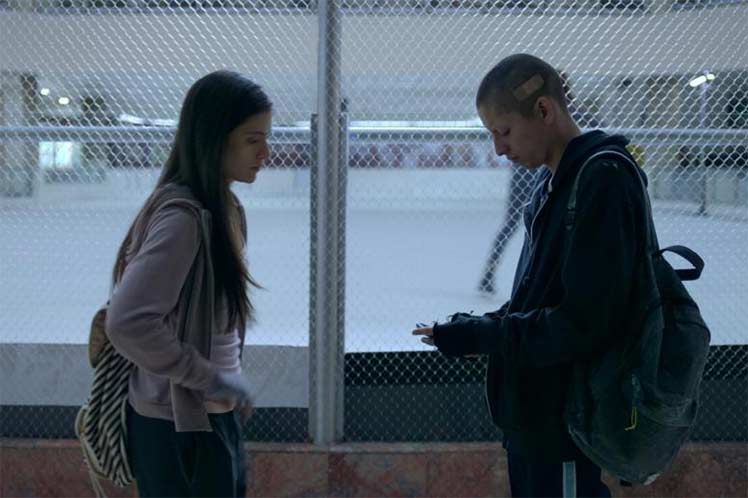 The first work by director Jorge Cuchí, who also serves as screenwriter, focuses on a dark, adrenaline-filled legend that reflects on adolescence, death, hope and love.

The narrative follows the story of two young people: Félix (José Antonio Toledano) and Elisa (Karla Coronado), who meet and fall in love, playing the blue whale game: a series of challenges that lead to suicide.

Cuchí commented that this is an alert to adults to be aware of teenagers because they tend to get involved in challenges, games and dares with their friends and it could end up in an unfortunate event.

According to actress Coronado, it was a privilege to work in this project because “it is a very important and controversial topic, because it opens a very uncomfortable but necessary dialogue”.

Also competing in the Opera Prima category is Fernanda Valadez’s film Sin señas particulares, which addresses the issue of migration from the perspective of a mother searching for her son who disappeared while trying to cross the border into the United States.

A total of 18 productions from Argentina, Brazil, Bolivia, Chile, Colombia, Guatemala, Mexico and Uruguay are competing in this section of the Cuban film event, which will run until December 12 with the screening of more than 160 films from twenty countries.

According to its president, Iván Giroud, the event does not lose sight of the impact of the pandemic and is betting on the return to theaters in accordance with the health protocols in force in the country.