Russia moves forward despite Covid-19 and other challenges 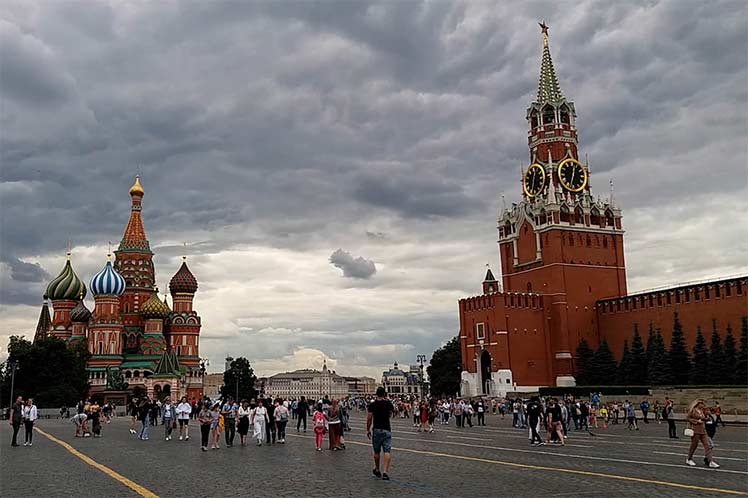 Russia moves forward despite Covid-19 and other challenges

The country aims to close this year with 4.2 percent growth, supported by the boom in key sectors such as energy. Oil and gas sales exceeded expectations, mining and agricultural exports also rose, among other important items.

According to the Ministry of Economic Development, investments exceeded 2019 figures and the sectors with the greatest progress were manufacturing, construction and areas linked to information and communications technologies.

Russia is also rising despite Western economic sanctions, constant since 2014; and threats to its territory, with increasingly evident approaches to its borders, by the North Atlantic Treaty Organization (NATO).

On several occasions, the Kremlin stressed its interest in fostering good relations and cooperation with the whole world, but also warned that any action endangering its sovereignty would receive the necessary response.

President Vladimir Putin made clear what he called “red lines” in his annual speech to the nation, stressing that Russia’s security and defense are inviolable and are priorities for the country.

In the last 12 months, relations with the eternal opponent, the United States, have worsened to the point of being considered at their worst moment since the Cold War, and some analysts believe that this period has returned, even with the same or even more strength.

However, there were moments of calm, such as in February, when both countries approved the extension until 2026 of the Nuclear Arms Reduction Treaty, better known as START III, the only arms agreement that survives between the two governments.

Another was the summit of their leaders on June 16 in Geneva, a first step on the long road towards a rapprochement on key issues such as strategic stability, arms control, cybersecurity, confronting terrorism and climate change, among other challenges that mark the global agenda.

It is clear that there are many issues to be resolved, and also that there are great conceptual differences in addressing the problems, but the fact that Putin and Biden saw each other’s faces and turned the cards on the negotiating table was encouraging.

Equally important will be the dialogue between the presidents, this time in videoconference format, scheduled for December 7, when Moscow will raise the need for legal guarantees to prevent NATO’s eastward expansion.

Notwithstanding the tense relations with Washington, the main battle this year for this nation continued to be against Covid-19, which has so far caused around 9,800,000 infections and just over 280,000 deaths.

Despite its five indigenous vaccines to combat the pandemic and the launching of the national vaccination campaign on January 18, almost a year ago, the country did not reach its aspirations of achieving a level of 80 percent collective immunity.

On December 3, Russia reached 53.7 percent, supported by the full vaccination of almost 64 million people and around 72 million who only received the first dose of the anti-Covid-19 drug.

The reality is that the figures are still far below the facilities created: free vaccination and medical services in all regions, organized in such a way that the population has all the conditions for immunization.

However, Russia is moving towards 2022 with much optimism, according to its federal authorities, who are announcing a new year of greater economic boom, which will mean better living conditions for its people.