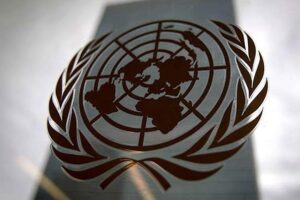 For Alena Douhan, the Special Rapporteur on the negative impact of unilateral coercive measures on the enjoyment of human rights, the experience and negative effect when sanctions hit countries on a regular basis is not new, but “the impact is especially severe for vulnerable groups”, she alerted.

Besides women and children, those groups include indigenous people, people with disabilities, refugees, internally displaced persons, migrants, people living in poverty, the elderly, people affected by severe diseases and others, the statement continued.

Social or humanitarian aid “very often can’t be supplied because of sanctions, despite existing exemptions”, Ms. Douhan said, and the vulnerable groups are often those who rely and depend the most on aid and support.

“The complexity of sanctions regulations, combined with extraterritorial enforcement and heavy penalties, have led to widespread over-compliance with unilateral sanctions by entities out of fear of the consequences of inadvertent violations breaches,” Ms. Douhan added.

That results in banks being reluctant sometimes to finance aid or process transactions for humanitarian purchases, and transport companies refusing to handle shipments of humanitarian goods.

Douhan also called on States and Governments imposing unilateral sanctions to “lift or minimize them as required by international law, to take all measures necessary to avoid the adverse effect on human rights of unilateral sanctions, to take all necessary measures to avoid over compliance with sanctions regimes, to provide broader exemptions, simpler procedures, and to facilitate, in spite of sanction regimes, the delivery of humanitarian aid.”