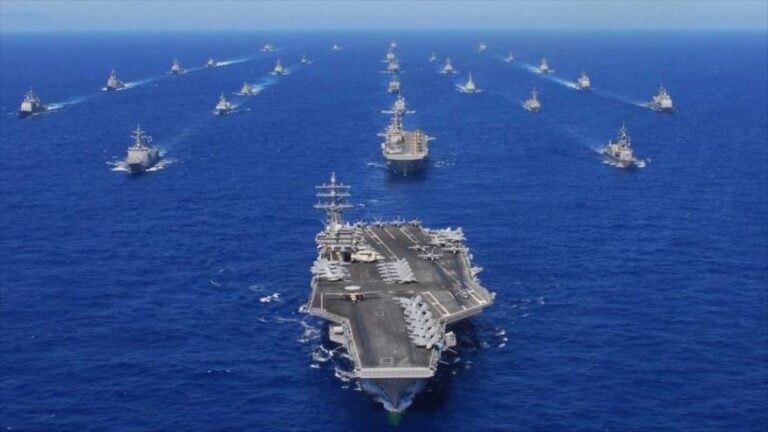 After weeks of disagreements but coinciding in making threats from the White House and US political sectors against Russia, the legislative gave the go-ahead to a $ 768 billion initiative, more than $ 24 billions over what was requested by President Joe Biden.

The initiative caused unrest among liberal sectors which hoped that their party’s control over the White House and both sides of Congress would lead to cuts in military programs after decades of growth.

It is striking that intra-party divergences were diluted in view of the virtual Summit between Biden and his Russian counterpart, Vladimir Putin, where the White House made threats against Moscow, and even some legislators said that the nuclear option was on the table to “resolve” the crisis in Ukraine.

The measure foresees significant increases for initiatives aimed at countering China and strengthening Ukraine, as well as the acquisition of new aircraft and ships, thereby, underlining the bipartisan consensus on the Capitol Hill to continue spending huge amounts of federal money on defense initiatives to the detriment of social expenses.

US ‘Hawks’ stood for getting the Pentagon to adopt more efficiently and faster the innovative technologies “that we need to deal with threats to national security”, as expressed by Representative Adam Smith, a Washington Democrat and chairman of the Armed Services Commission.

The progress of this measure is considered a boost for Biden’s agenda since minutes later the House of Representatives approved an unusual regulation to set the path towards a rapid increase in the debt ceiling and thus avoid the first federal default in American history.

Now, the path to a successful year-end for Biden may be cleared if they manage to advance their legislative calendar where the climate and social policy bill still awaits approval.

Regulations did not include a provision passed by the House ordering the President to impose sanctions on Nord Stream 2, an underwater gas pipeline that runs from Russia to Germany that lawmakers fear will give Moscow undue influence over Central Europe.

Biden even threatened at his summit with Putin to apply sanctions to make it impossible to use the pipeline, something that collides with plans of his European allies.