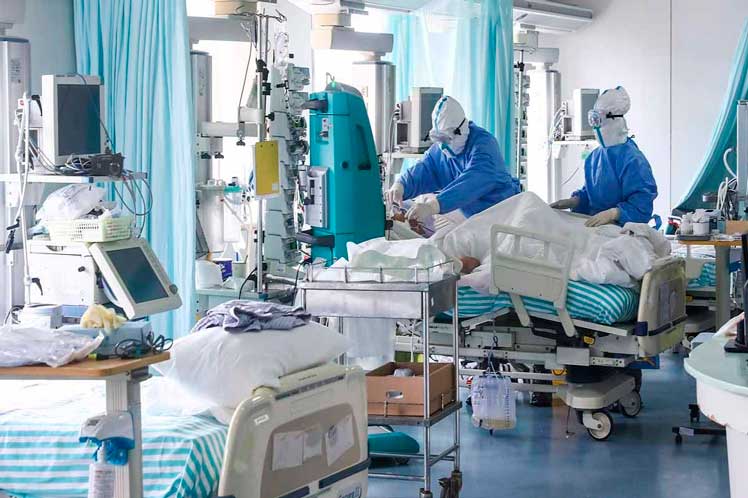 Although the figure was lower than that reported on Wednesday, as many as 61,340 cases, France´s positive rate of diagnostic tests jumped 6.5 to 6.6%, thus suggesting that fewer tests were carried out.

High number of infections confirms a poor epidemiological situation due to the impact of fifth wave of the pandemic in France, which Health Minister Olivier Véran considered it could reach its high peak quite soon.

In the case of hospitals, 13,363 patients are still admitted, 319 up those reported on Wednesday, 2,461 of which were treated in ICUs.

According to Véran, 13 regions could be under the so-called “white plan” in the coming days, consisting of rescheduling surgical interventions considered non-priority to increase availability of health personnel and beds depending on confrontation with the disease.

Concerning France´s vaccination campaign, as many as 51,133,749 people have been fully vaccinated (75.8% of the population) while nearly 13 million have received the third jab or booster dose.