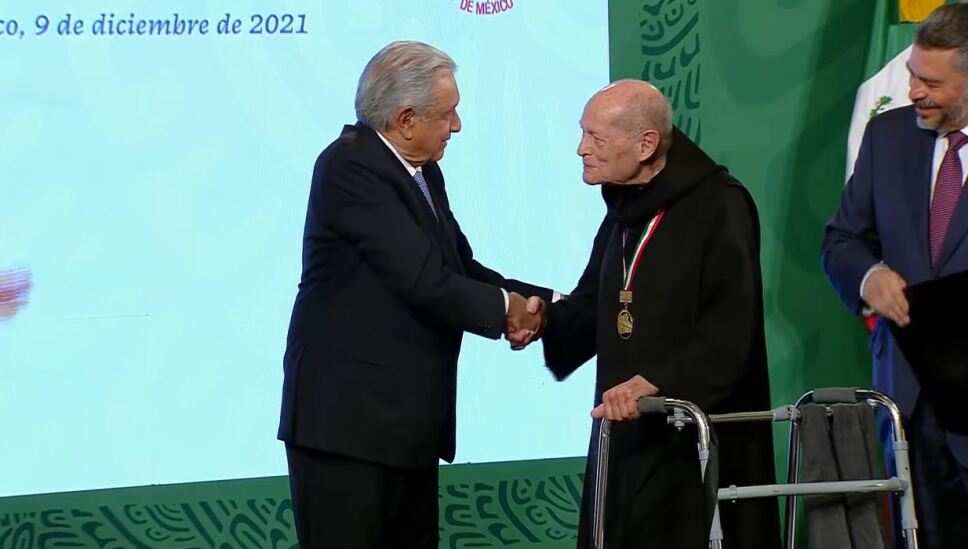 The daily morning press conference at the National Palace served as the framework for President Andrés Manuel López Obrador to personally present the winners with the important awards and to recognize their career and contribution to the outstanding history of Mexican architecture.

The president spoke about great works being carried out, like the Felipe Ángeles international airport and other air terminals in several states, the Mayan train, multiple-lane roadways, the Dos Bocas refinery, numerous dams and other masterly constructions in which national engineers and architects work.

He explained how his Government is recovering the construction sector for public works that had been neglected by previous executives in favor of national and foreign private companies, and how professionals participate with their knowledge in these actions of national development.

Now, he pointed out, priority or privileges are no longer given to foreign companies bringing their own architects and engineers and setting aside to the background our Mexican ones, whose professional capacity is undeniable and highly recognized.

In particular, he highlighted the contribution of these professionals in the oil industry, its buildings, infrastructures, processing plants, refineries, facilities for petrochemical development and the entire area related to architecture and engineering, which is very large and important.

He indicated that the role of these specialists is now more important in the oil sector due to new conversion plans within the industry having already started a process of production of own fuels and lubricants to switch from being importers to exporters and manufacture everything that is consumed within national borders.