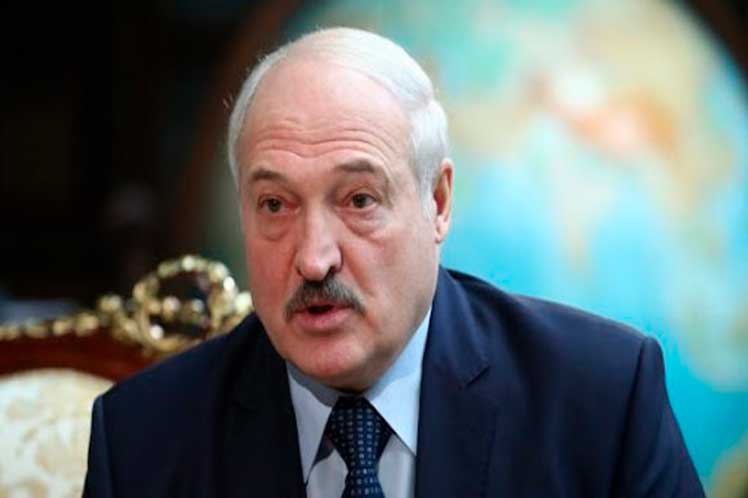 In his address by video-conference before the Supreme Eurasian Economic Council, the president said that the pressure from Washington and other capitals is justified on the migratory crisis on the border of Belarus with the European Union (EU).

According to Lukashenko, such actions will increase. “We have information that their foreign ministries have already received visits from Western countries and the United States, urging them to participate in the pressure on Belarus”, he said, according to TASS news agency.

At the meeting, the Belarusian president underlined that, despite the difficult situation in the world market, this year the EEU countries achieved good results in trade within the bloc and with other countries.

He noted that the implementation of the Eurasian Economic Integration Strategic Development Guidelines until 2025 is progressing as planned. “Despite certain difficulties, work continues on the formation of common markets”, he stressed.

At the summit, the agreement on the use of navigation stamps to monitor transport was presented for the approval of leaders. This is considered one of the main elements of the future single customs transit system of the Union.

In this regard, he indicated that the use of such stamps will increase the level of confidence in trade between the member countries of the bloc, optimize control measures at internal borders and improve EEU’ s transit, Belta news agency reported.

EEU heads of state or government participating in the meeting were from Russia, Belarus, Armenia, Kazakhstan and Kyrgyzstan, as well as Uzbekistan and Cuba as observers.

The Supreme Eurasian Economic Council is the ruling body of the Union, in charge of articulating the strategy, direction and progress of the integration process of the bloc created in 2015, which has among its priorities the promotion of the free movement of goods, services, capital and labor.

Belarus condemned US blockade against Cuba

Belarus condemned US blockade against Cuba