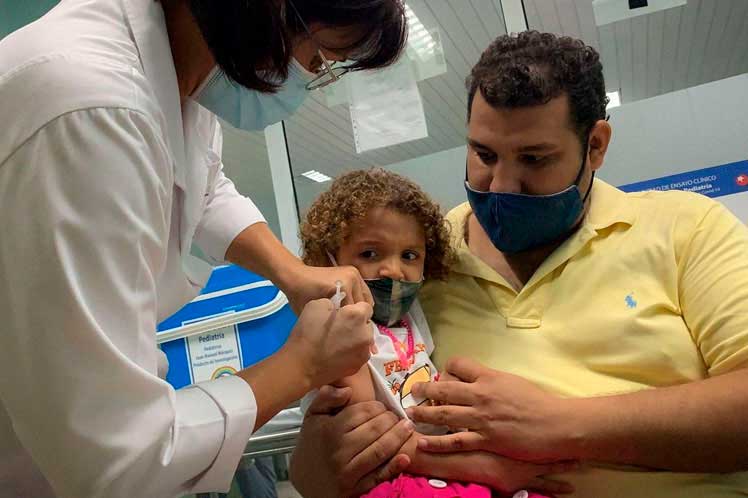 “Despite the genocidal blockade imposed on Cuba by the United States, we are the only country that has been able to massively vaccinate its children over the age of two. More than one million 631000 children received full vaccination schedule.

#CubansWithRights #CubaForLife,” the Ministry of Public Health noted on Twitter.

World Human Rights Day is celebrated around the world on this day and this Caribbean island leads the figures for the number of people vaccinated against Covid-19 in Latin America and ranks second globally with more than nine million 300 thousand people with a complete immunization schedule (83.3 percent of its entire population).

“Humanity has the right to enjoy the scientific results and its vaccines. In Cuba adults and, especially our children, have access to vaccines, the priority is the health of the People. #DDDHHCuba,” wrote the director of the Finlay Vaccine Institute, Vicente Verez on the same social network.

This institution, in charge of the immunogens Soberana 01, Soberana 02 and Soberana Plus, also made a statement on the date in the microblogging service space and stressed that, while international agencies express great concern about the global disparity in access to drugs, in Cuba all children have already been immunized.

In this regard, the first secretary of the Central Committee of the Communist Party of Cuba and President of the Republic, Miguel Diaz-Canel, stressed today that the blockade is the most prolonged and massive violation of the human rights of an entire people.

In addition to those of the Soberana line, there are the products of the Center for Genetic Engineering and Biotechnology: Abdala and Mambisa.