Assange had a stroke while in jail last October 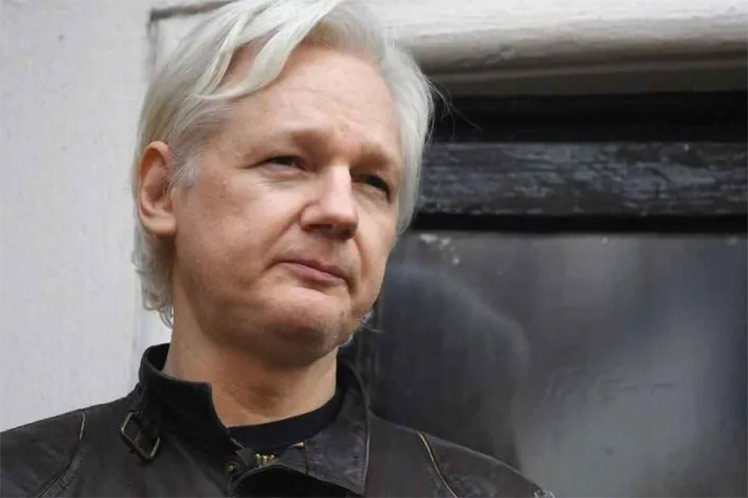 Assange had a stroke while in jail last October

According to the newspaper, which cites Stella Moris, his partner, the stroke occurred last October 27, the day Assange was due to attend by videoconference from prison at the start of the hearing on the appeal filed by the U.S. prosecution against the refusal of a lower court to extradite him.

The 50-year-old Australian journalist then appeared briefly on camera, but was disoriented and in a very poor physical appearance.

In Moris’ opinion, the small stroke was caused by the extreme stress the father of his two children is under due to the long extradition process, and he considered that it could be a sign of an even more serious attack.

He added that Assange is forced to remain in his cell for long periods of time, unable to enjoy fresh air, sunlight and a proper diet.

The WikiLeaks founder has been imprisoned in Belmarsh maximum security prison in southeast London since the Ecuadorian government handed him over to British authorities in April 2019.

Sentenced to 50 weeks in prison for violating a bail imposed in 2012, the British justice decided to keep him locked up until the conclusion of the process on the extradition order presented by the United States.

Washington wants to try him for disseminating through WikiLeaks files exposing war crimes committed by U.S. military in Iraq and Afghanistan, and thousands of cables containing U.S. diplomatic secrets.

Last Friday, the High Court in London gave the green light to Assange’s extradition, accepting the appeal of U.S. prosecutors against the previous verdict, and assurances that he would not be subjected to an extreme prison regime if tried and convicted in the United States.

The WikiLeaks founder’s defense team announced, in turn, that it will appeal the new ruling of the judges before the British Supreme Court, and that it will insist that its client can attend the remainder of the trial at least on bail, something that has so far been denied.

If extradited to the United States, Assange could be sentenced to a total of 175 years in prison, from the 17 charges related to U.S. espionage law against him.