Democracy according to Saint Biden 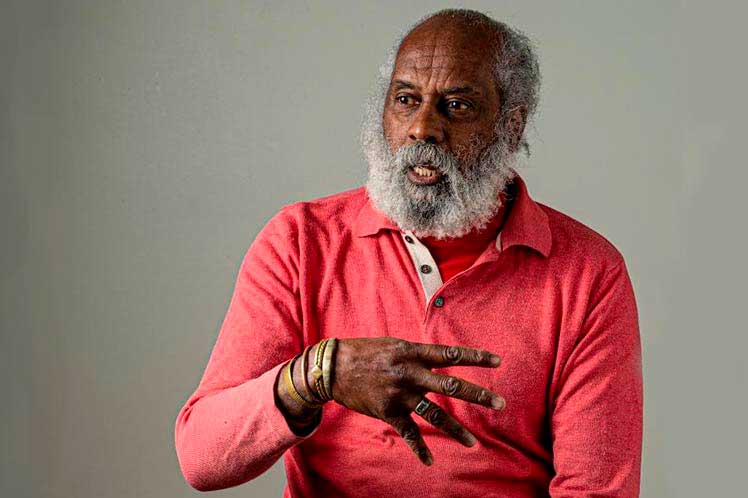 Democracy according to Saint Biden

For Doctor Sam Anderson, the arbitrary list of guests, including heads of government, activists, and journalists, leaders of the private sector and other members of civil society showed a major political bias.

We landed in a divided world, one one side of the table, “the democracies” according to Saint Biden, and on the other, “the rest” excluded by Washington, Doctor Anderson pointed out.

The debates of the online event, which was held outside the General Assembly of the United Nations (U.N.), focused on the challenges facing democracies on the basis of three lines: defense against authoritarianism, the fight against corruption and the promotion of respect for human rights.

However, the country organizing the summit has a questionable credibility and morality to set itself up as an example of democracy, he commented.

An extensive record in terms of systemic racism, police brutality, entrenched events, such as drugs and violence with firearms have turned the United States into an illegitimate voice to condemn others, said Anderson, who is a member of the National Black Liberation Movement-Unitary Initiative.

What lessons my country can give if even the design of the U.S. electoral system has structural problems. Money is what opens the door to the White House or any high-ranking elective office, he added.

How to understand in “our democracy” that a president’s election is the result of a number in an electoral college and not a consequence of popular vote,” he pointed out.

He highlighted that these terms were totally wrong when a mob of fanatic followers of then President Donald Trump attacked the Capitol on January 6, encouraged by the theory of fraud and the Big Lie to prevent Biden’s confirmation as president-elect.

In addition, the mere fact that Latin American countries, such as Cuba, Venezuela, Nicaragua and Bolivia, were absent from the gathering revealed how poorly democratic the meeting was, Anderson, who’s been a Cuba solidarity activist for years, warned.

In a recent statement, Foreign Minister, Bruno Rodriguez, anticipated that the so-called summit would evidence the weakness of the United States, incapable of facing at the U.N. the lack of prestige and isolation of its foreign policy.

A digital U.S. publication, Moon of Alabama, defined the event as “a propaganda show that is supposed to demonstrate a strong leadership of the United States that doesn’t exist.”

Meanwhile, The New York Times warned that the Biden administration is attempting to set up a common front with its European and Asian allies in the technological, economic and military areas in view of an era of competition which will be very different from any geopolitical rivalry that the world has never seen before.

And democracy is the main focus of the Biden administration’s efforts, a key word that indicates who will be a player in (his) team.

Cuba can continue on the path of resistance, Lebanon stresses (+Photos)

Cuba can continue on the path of resistance, Lebanon stresses (+Photos)