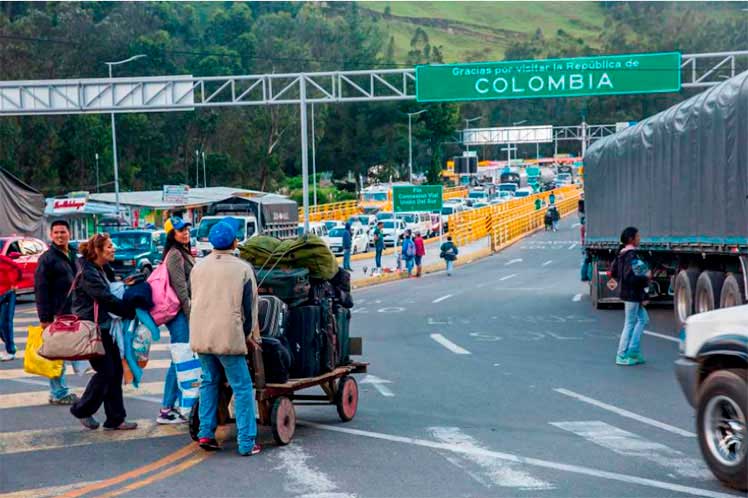 As announced by Presidents Iván Duque, Colombia, and Guillermo Lasso, Ecuador, the border zone would open on December 1, but it was postponed due to the Ómicron variant of the SARS-CoV-2 coronavirus.

In coming first phase, the opening of the Rumichaca bridge will take place between 08:00 and 17:00 hours, local time, for trade and transport of international merchandise.

This period will last 30 days in order to comply with and have all the sanitary guarantees between both nations, without affecting trade and transportation.

The second phase would be for the pedestrian flow and the third would include private transport.

However, according to authorities, everything will depend on the variant of SARS-CoV-2 and the changes stipulated by the Ministry of Health of each country.

The entity placed inside the Rumichaca Immigration Control Post a system of turnstiles allowing Colombian and Ecuadorian travelers to carry out their control process in less than 30 seconds.

In the same way, it established a special plan for cargo vehicles, counting on the support of the departmental and local health offices, which demands a vaccination card for drivers and crew members with at least 15 days of the last dose from the date of arrival.

In addition, permanent use of masks will be mandatory for all travelers and the distance of at least one meter between each.

The Colombian-Ecuadorian border stretches for 586 kilometers and was delimited by the Suárez-Muñoz Vernaza Treaty of July 15, 1916, and the Liévano-Lucio Agreement of August 23, 1975.

Since late 1990s, diplomatic relations between the two countries began to undergo significant tensions associated with the intensification of the Colombian armed conflict and its international connections.

Illegal border-crossing flows and more aggressive military operations and anti-drug policies by Colombia with the help of the United States also played a role.