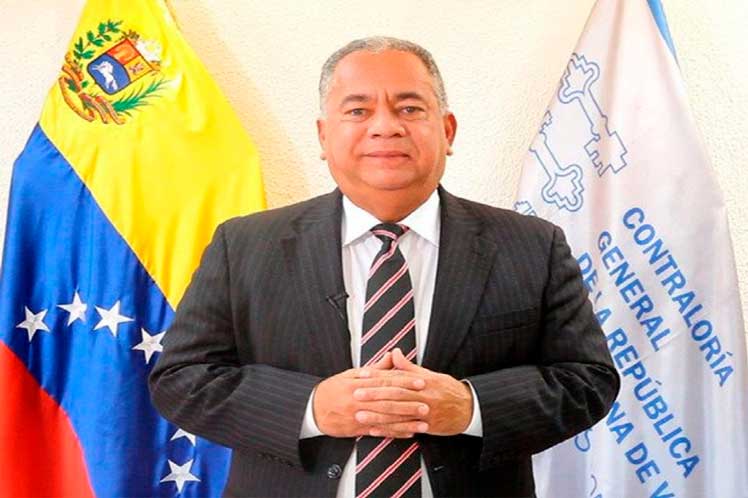 During the general debate within the ninth conference of the member States at the United Nations convention against corruption, taking place in this city until Friday, December 17, the high official made reference to what he called “a corruption network designed by governments in the world”.

“There are millions of dollars in gold and Venezuelan cash, deposited in European banks that we have not been able to use”, Amoroso explained in his address.

Against Venezuela, he said, a new form of corruption is applied: triangulation, which is designed and supported by some states seeking to seize companies and resources that legally belong to our country.

“The governments of the United States and Colombia acknowledged and supported a former representative who proclaimed himself as acting president in a position with the sole purpose of seizing and taking important companies from our country abroad like Citgo and Monómeros”, the comptroller explained.

In the same way, he recalled how the gold deposited in England and the cash amounting to more than a million dollars in Portuguese banks were stolen in an unprecedented event in the world.

Amoroso added that those who are corrupt and responsible for these looting, sanctioned according to different laws, take refuge in Colombia and the United States where they live as great tycoons.

This, he warned, cannot continue to happen and this convention must raise an alert to all member countries to put an end, once and for all, to such actions to prevent other developing countries from suffering the same circumstances.