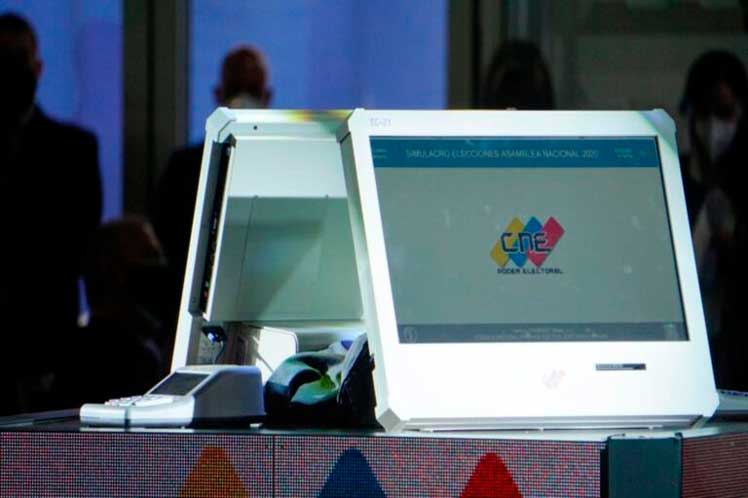 According to a report by the entity, at least eight representatives from candidacy political organizations participated in the review of the configuration files of the equipment for the vote.

According to the press release, the activity is established within the corresponding framework and was conducted by technical specialists from the CNE and external advisers.

In the electoral entity’s hall in Caracas, they analyzed the files of the processes of Voting Experience, Voter Authentication Flow (authentication work flow), operation of the database of the main application of the machine, security and file encryption.