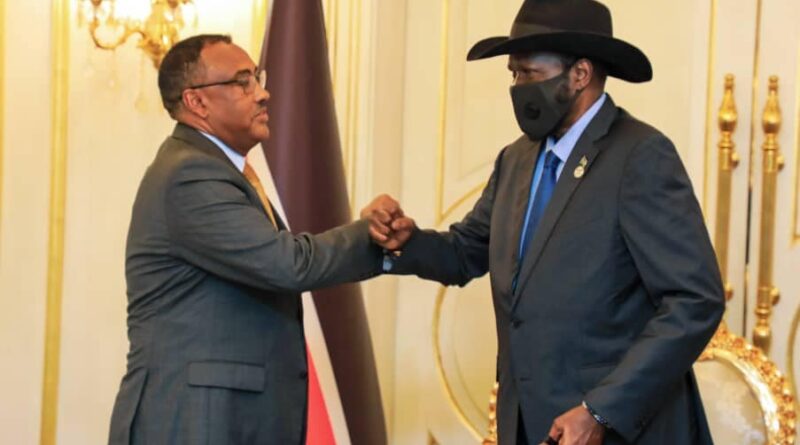 We will never accept any kind of interference in our sister nation. His government and people have the capacity, and also the right, to solve all national problems based on their own initiatives, the president declared yesterday in Juba, South Sudanese capital.

Kirr Mayardit reaffirmed the position during a meeting with Ethiopian Deputy Prime Minister Demeke Mekonnen during an official one-day visit to the East African nation.

South Sudan will always be in defense of peace, stability, security and territorial integrity of Ethiopia, the politician said, thus reaffirming recent statements by Minister of Information, Michael Makuei.

Earlier this week, Makuei stated that his country would never support the Tigray People’s Liberation Front (TPLF), an organization involved in an armed confrontation against the Ethiopian federal government.

All these years the people and government of Ethiopia have stood by us. Without their support we would not be independent today, for which there is no way we can support the rebels in overthrowing the government, he stressed.

Yesterday, in Juba, Mekonnen spoke with Salva Kirr about the situation in the country, especially regarding the armed conflict against the TPLF in regional states of Tigray, Afar and Amhara.

According to the state’s report, he made reference to the main causes of the conflict, the humanitarian situation in the north of the country and the approval of a draft proclamation to make up a National Dialogue Commission.

Salva Kirr Mayardit and Mekonnen, also Minister of Foreign Affairs, reviewed as well the state of bilateral ties, and expressed their interest in consolidating, diversifying and increasing them with sustainable programs.

Ethiopia and Cuba can expand their cooperation, ambassador says

Ethiopia and Cuba can expand their cooperation, ambassador says