Russia puts US and NATO in uncomfortable situation 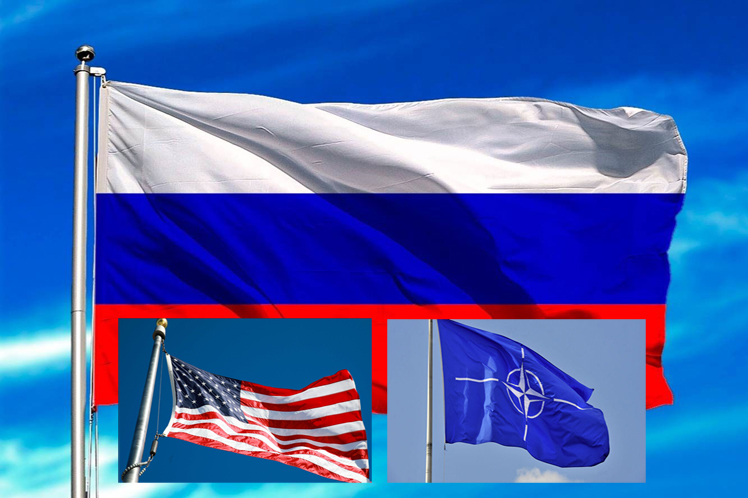 Russia puts US and NATO in uncomfortable situation

The Kremlin’s speech on the importance of establishing agreements to halt the advance of the North Atlantic Treaty Organization (NATO) to the east and the militarization of countries neighboring Russia, was repeated by President Vladimir Putin and his Foreign Ministry several times in the last few weeks.

But until yesterday Moscow’s initiatives made to the United States and the North Atlantic alliance were unknown.

This Friday, the local Foreign Ministry opened the pages of the document to which Washington has already replied that this week it will present its specific considerations to Russia to carry out talks on security in Europe.

The text reveals to the world the Kremlin’s clear intentions to put an end to the confrontation between the parties and the possibility of achieving much-needed stability and peace.

On the proposals, the Russian Deputy Minister of Foreign Affairs, Sergei Riabkov, said that his country was ready to start negotiations immediately, but that he could not act without knowing the position of the counterparts regarding the eight articles contained in the proposal.

According to the draft, Washington would undertake not to establish military bases in the territories of countries that were part of the Union of Soviet Socialist Republics (USSR) and are not members of NATO.

Furthermore, they will not use their infrastructure for any military activity or develop bilateral military cooperation with these nations.

The Russian project indicates that both countries would agree not to use the territory of third countries to prepare offensives or carry out armed actions that affect the fundamental interests of the other party’s security.

It requests to eliminate all the infrastructure available for the deployment of nuclear weapons outside the territory of Russia and the United States and to prohibit the training of military and civilian personnel from countries that do not possess nuclear weapons for their use.

“The parties will not carry out military exercises and training, including the development of military scenarios for the use of nuclear weapons,” says the document.

The lawsuit establishes the commitment of Moscow and Washington not to expand medium and short-range land missiles in other countries or in areas of their territory from which it would be possible to reach the other party.

In the proposal presented to the US side, there is a guarantee that NATO members would renounce to carry out military activities in Ukraine, as well as in other states of Eastern Europe, the South Caucasus and Central Asia.

At the same time, the White House should exclude further expansion of the Atlantic Alliance to the east and reject admission to its membership of countries that were part of the USSR.

If the text is approved, Russia and the United States would agree not to extend their Armed Forces and their weapons in areas where this is perceived as a threat to the national security of one of the parties, except within their own territory.

Other points in the draft include that both this country and NATO would prohibit the expansion of additional military forces and weapons in Europe, would not strengthen its security at the expense of the security of others, and would adhere to the principles of cooperation and indivisible security.

There is also the commitment of Russia and the Atlantic bloc not to deploy medium and short-range land missiles that could hit targets in the other party’s territory, as well as to moderate the planning of military maneuvers. Moscow’s proposal states that NATO states would suspend further expansion, including the accession of Ukraine and other countries.