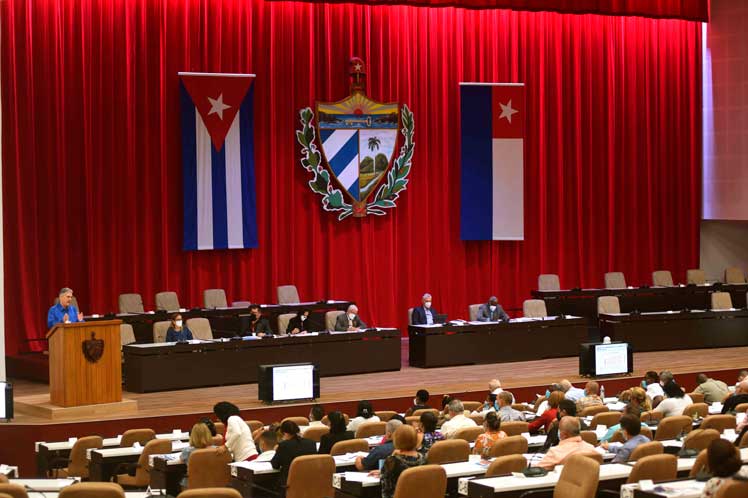 Deputy Prime Minister Alejandro Gil explained to representatives of the National Assembly the essential lines of work in this and other areas, with a view to achieving bigger growth in the gross domestic product (GDP) at the end of next year.

In the presence of the Cuban head of State, Miguel Diaz-Canel, and National Assembly President Esteban Lazo, Gil, who is also the minister of Economy and Planning, defined as another priority the stabilization of the national electro-energetic system, hit by the deterioration of power plants and the dependence on fossil fuels.

He noted the transformation of the state business system, the main subject of the country’s economic model, and for which the measures adopted have not yielded the expected results yet, as reflected by more than 500 enterprises with deficit.

At the same time, Gil commented that Cuba will continue to serve people, households and communities in vulnerable situations, but without welfare-oriented approaches, but rather to help them get out of that situation.

Decentralizing powers based on more autonomy in the municipalities to promote territorial development is another of the issues that stand out on the 2022 agenda, which already contains 549 local projects.

The minister insisted on the importance of effective import substitutions, in a scenario of increasing prices in the international market, as well as food production to guarantee the domestic demand as much as possible.

For 2022, a growth in exports of goods and services of around 851 million dollars above what was achieved this year is expected with a proposed plan exceeding 9.4 billion dollars.

It is important what tourism can achieve, with predictions of around 2.5 million visitors.

The sugar industry has a production plan of 911,000 tons, 500,000 of which are for domestic consumption and the rest for export, said Gil, who also made reference to the measures approved to rescue that economic sector.

Also important in the projections for 2022 is the growth in retail commercial circulation (14.4 percent) and the 8.8 billion pesos (around 370 million dollars) allocated to science, technology and innovation.

According to the deputy prime minister, inflation, achieving investment efficiency, savings and attracting foreign direct investment are all challenges to improve the country’s economic performance.