Bent Pyramid at Dahshur in Egypt 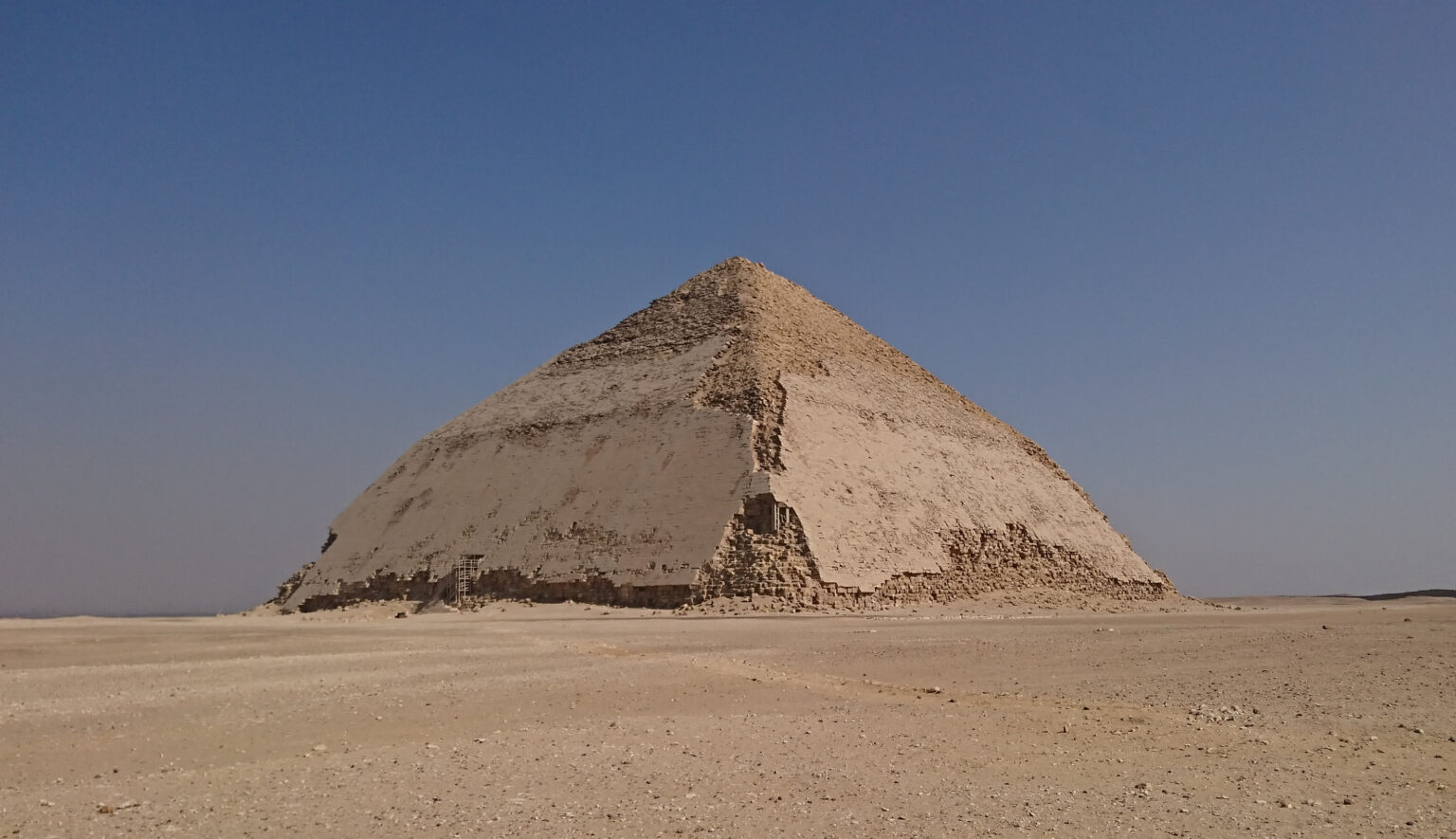 Bent Pyramid at Dahshur in Egypt

El Cairo, 20 dec (Prensa Latina) Few fascinating things in life are achieved without effort: visiting inside the Bent Pyramid at Dahshur is not one of them, especially when ancient Egyptians, as in the rest of their majestic geometric buildings, came up with a complexdesign to preserve their pharaoh’s essence.
Share on facebook
Share on twitter
Share on whatsapp
Share on telegram
Share on email

Also known as the Diamond Pyramid, it is one of the two most important and best preserved funeral monuments in this royal cemetery, located 40 kilometers south of Cairo and facing the west bank of the Nile River.

It was built to serve, according to the world’s view of the time, as a future transit to the afterlife of King Seneferu (founder of the Old Empire’sFourth Dynasty and father of Cheops) and his spirit’s eternal home. Orbehad access to it knowing the physical challenges that this meant for visitors.

The building was greatly credited forbeing the start of the evolution of smooth-faced pyramids in ancient Egypt; however, it was a failed attempt, as its limestone clay foundations causedstability and sinking problems, later solved by reducing the angle from 45 meters.

Before walking into the 105.07 meter high monument, the first thing you see is that its sides have a double slope, which gives the structure its uniquecurved shape, as well as the fact that it still keepsmost of the outside cover.

Surprisingly, it has two entrances, one of them in the north – like the other Egyptian pyramids- and another one on its side façade. Both lead to different burial chambers, but the main route starts from the first (the only one that remains intact in the whole country), whose access is by analmost 12-meter-high wooden staircase.

From there you go down to the bowels of the majestic polyhedron, but it is not easy: a narrow tunnel almost 80 meters long, barely lit, uncomfortably raked and with bars not always there, forces you to watchyour steps and leads to two rooms located at different levels.

Through a not sloped second passage and through steep wood stairs, you get to the first room, which has a vaulted ceiling, very innovative for the time, with beams made of tree logs, which confirms that architects of the time had an exact knowledge of how to distribute loads in buildings.

Weren’t that enough, like Indiana Jones’ apprentices,in the middle of the room you find another huge staircase like a scaffold, whose top section opens to a very narrow corridor where only crouching visitors manage to get through.

The passage finally leads to the upper room, which would have served as a burial chamber if this pyramid had been the final resting place of Pharaoh Seneferu -also known as Esnefru-, whose reign extended from 2614 to 2589 BC.

The piece shows a stepped vault on four sides, used for the first time in architectural history and that, due to its high structural complexity,astonishes many.

Its level of preservationis amazing and this image will be with us on a return as adventurous as the entrance itself, confirming that every risk was worth the encounter with humanity’s past.

Mexico City to swap Columbus statue for one of Olmec woman

Mexico City to swap Columbus statue for one of Olmec woman