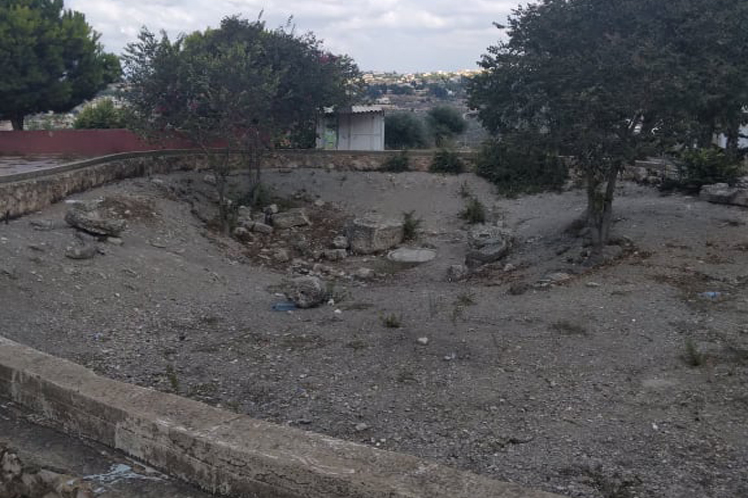 The divine event occurred during a wedding, when Jesus of Nazareth turned water into wine and began being morepopular, respected and admired, reason for which he later succeeded in spreading Christian faith throughout the world.

The site where that magical event occurred is currently very abandoned and only an occasional guide, who didn’t want to be identified, told Orbe about the important event.

There are still remains of the stone containers that, following Jesus’ orders, were filled with water and then turned into top quality wine, according to biblical tales.

A few meters away is a cemetery in the shade of trees, and, according to the guide, at the foot of one of them the son of God sat.

“Visitors take its fruits and use them as amulets for their diseases to be relieved,” she explained.

Also in Qana is the Dellafe grotto, where Jesus Christ is believed to have stayed for 11 days and powers are granted to least favored people, as when amid an Israeli aggression it was a shelter for Christians.

The Tel Aviv regime tries to eliminate the historical, cultural and religious importance of this Lebanese site, and even says that Jesus’ first miracle occurred in Galilee, an area it took over from Palestine. Not satisfied with these propaganda methods, in 1996 and 2006 it bombed the urban center, causing massacres that residents will never forget. Aggression survivor, Jamil Salami, told this weekly about the genocide committed by Israel.

The first attack took place in a place that was used as a church by the United Nations Peacekeeping Forces. Fifty-four people, mostly women and children, found shelter there, and despite the international entity’swarnings, the Israelis attacked, he explained.

The metal structure is still standing and there are burnt pieces of the blankets used by victims. The municipality of Qana laterbuilt a mausoleum to remember the crime. The city was also the target of a savage action that Israel is trying to erase by all means.