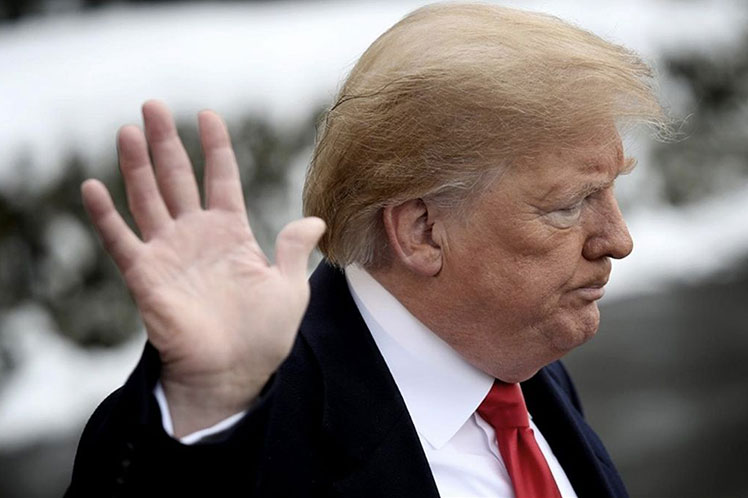 The Court of Appeal judges for the District of Columbia gave the green light to the group on December 9 to get the White House data on Trump’s communications and movements related to the case.

The former president is making every possible effort to prevent the bipartisan panel from checking on his telephone records, drafts of speeches and other texts linked to that day in early 2021, when his followers attacked the Legislative headquarters with the purpose of annulling the results of the presidential election won by Joe Biden.

The magistrates held that the Congress’ supervision powers, backed by Biden’s decision not to call his executive privilege, went beyond Trump’s remaining secrecy powers.

The court earlier issued a short-term order to block the National Archives’ release of the information while it considered the issue, but its ruling said that it would lift the provision in two weeks to give the former president’s legal team time to ask the Supreme Court to get involved in it.

On the other hand, New York’s Attorney General, Lititia James, announced that she will call the former president to testify in a fraud investigation as part of a civil inquiry, set for January 7.

James intends to question Trump under oath about his business activities, which sources close to the issue think it’s an unusual move that comes at a critical time, with a parallel criminal process on the former ruler.

The investigation is being conducted by Manhattan District Attorney Cyrus R. Vance Jr. who is attempting to prove if the New York billionaire or the Trump Organization were involved in fraud by intentionally misrepresenting property values to potential lenders.

Making the situation of the former U.S. No. 1 even more complex, The New York Times revealed that Mark Meadows, his White House chief of staff, was deeply involved in fighting election results, according to the lower house panel reports.

The committee said it wanted to question the former official on an email he sent a day before the attack suggesting the use of the National Guard to defend Trump’s supporters, among other interests.

The great “soap opera” around Trump could wind up if the conservative-majority Supreme Court protects him under executive secrecy and rejects proceedings against him, something that experts think could happen, but should not, because of its implications for the country’s legal system.

US people tired of so much Covid-19

US Movement ratifies its fight against the blockade of Cuba

US people tired of so much Covid-19

US Movement ratifies its fight against the blockade of Cuba