Cubans and Italians united against the US blockade of the island 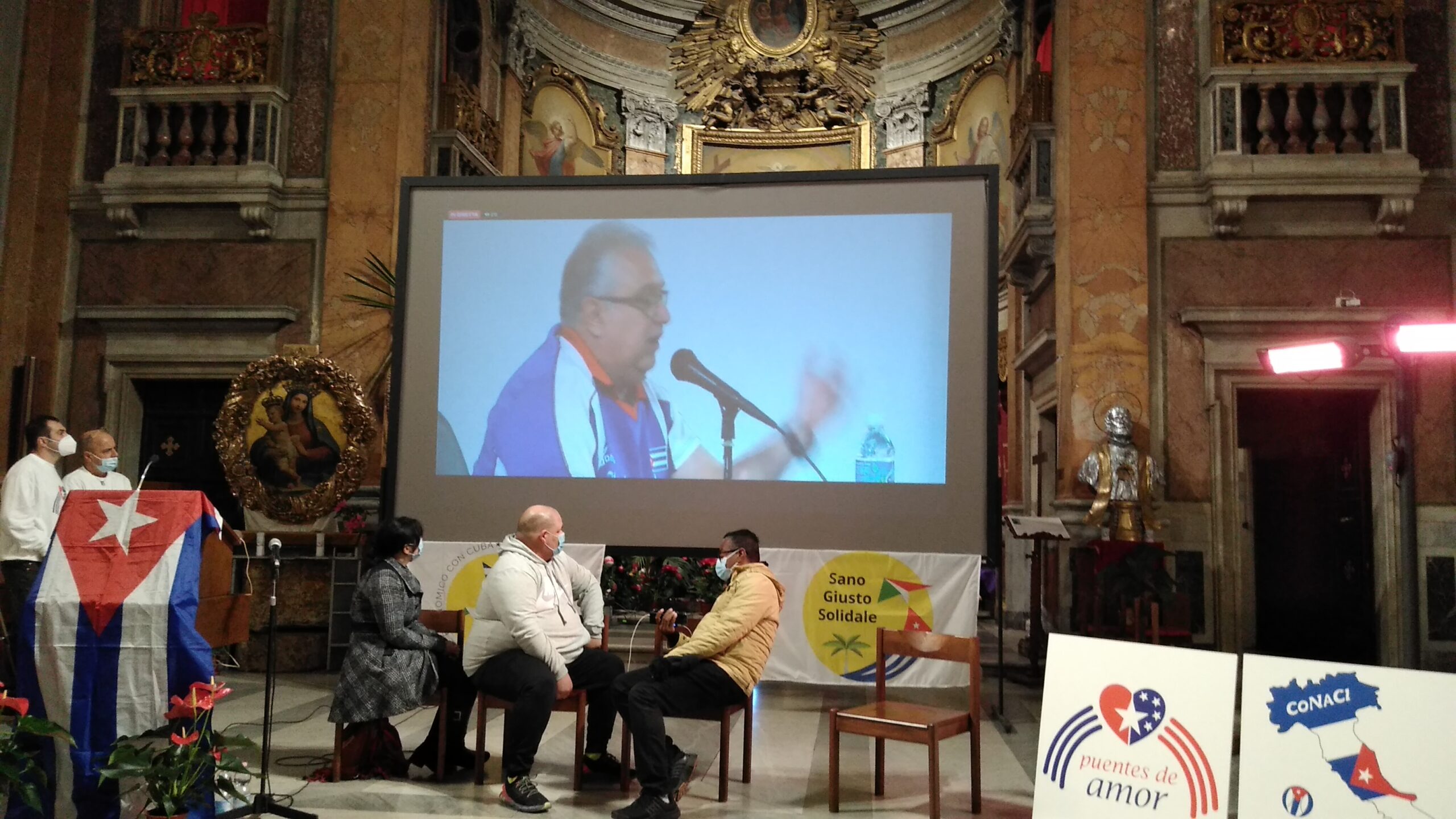 Cubans and Italians united against the US blockade of the island

The oratory of Saint Francis Xavier, a baroque-style Catholic place of worship built in the 17th century at the direction of the Jesuit priest Piero Caravita, was the venue for the concluding assembly of the “Bridges of Love” initiative, sponsored by various organizations.

Among them, the president of the Agency for Cultural and Economic Exchange with Cuba, Michele Curto, who led the evening and made a positive assessment of the demonstration, also aimed at promoting peace in the Americas and the rest of the world.

Carlos Lazo, coordinator of the Puentes de Amor project and representatives of other organizing groups of the event, such as the Coordinator of Cuban Residents in Italy, the San Egidio Christian community, the Sano, Justo y Solidario network and the Student Missionary League spoke in the same venue.

A pilgrimage of a hundred kilometers, in four stages, along the Saint Francis route from Assisi to this capital, was the central activity of the initiative in which Cubans residing in the United States and in this European country, Italians and a Bolivian participated. .

The walkers braved the low temperatures of this time of year in central Italy and overcame the rigour of grueling days on steep, rocky trails, through valleys and mountains, to reach the finish line.

In thanking the gesture of solidarity, the island’s ambassador to Italy, José Carlos Rodríguez, stressed that both Cubans residing in the United States and in Italy, together defend their country in a world that faces so many challenges, problems, differences and widespread injustice.

The provincial vice-governor, Luis Carlos Góngora, and Joel Suárez, from the Martin Luther King Center, as well as young students from different universities and professionals from the biopharmaceutical sector, spoke from Havana.

In all cases, they thanked the Italian people for showing solidarity with the Caribbean nation and the Cubans residing in the United States grouped around Puentes de Amor and its coordinator, Carlos Lazo.

The binational meeting concluded with the interpretation of the song Oraré, by the Cuban duo Buena Fe.