Ambassador to the UN highlights Cuba’s prowess facing the pandemic 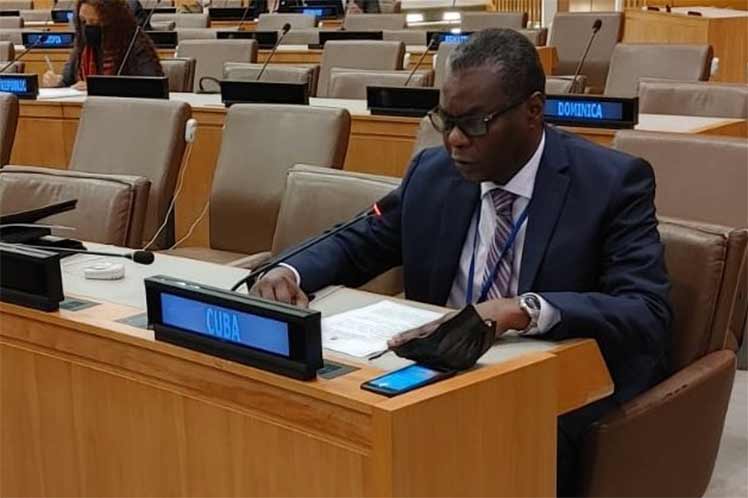 Ambassador to the UN highlights Cuba’s prowess facing the pandemic

United Nations, Dec 24 (Prensa Latina) The permanent representative of Cuba to the United Nations, Pedro Luis Pedroso, today highlighted the feat of the island's people, who this year managed to successfully control the Covid-19 pandemic.

Through his official Twitter account, the ambassador echoed the statements of the Foreign Minister of the Greater Antilles, Bruno Rodriguez, praising the effort made by Cubans in the face of the health crisis.

Likewise, he supported the words of the headline when he assured that the Cuban Foreign Ministry and its staff will continue to work together with the people, as the great maker of foreign policy.

With all loyalty to Fidel, to Raul, under the leadership of President Miguel Díaz-Canel, with all the solidarity in the world and with the efforts of Cubans residing outside the country, Pedroso added.

According to the Cuban Foreign Minister this Friday, 2022 will be one of many opportunities after the people’s feat of controlling the pandemic and defeating the aggressions of the United States Government.

Regardless of what Washington does to try to destroy the Revolution, it is not in its hands to decide the fate of the largest Antillean nation, Rodríguez stressed.

In a direct transmission on the Foreign Ministry’s Facebook page, the head of diplomacy recalled how the Cuban people in 2021 carried out the feat of overcoming the US blockade that has persisted for almost six decades and worsened in the midst of the pandemic.

Rodríguez also mentioned some milestones this year, such as the advancement of vaccination against Covid-19 in Cuba, and conveyed recognition to health personnel and scientists who developed national immunogens against the disease caused by the SARS-CoV coronavirus. two.

In addition, he praised the support of the youth of the Foreign Ministry and the Higher Institute of International Relations in facing the health emergency and their efforts to improve living conditions in vulnerable communities in Havana.