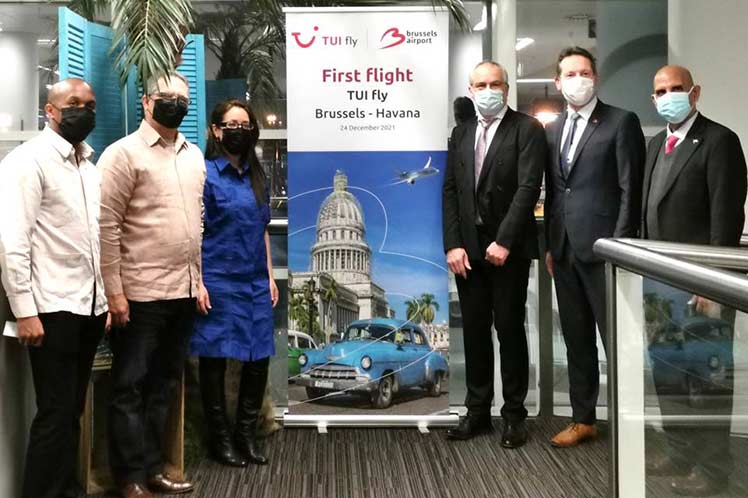 Before passengers boarded the aircraft at 07:00 local time, a simple ceremony was held at the airport of this capital, which included the traditional ribbon cutting and a cake allegorical to the Caribbean island.

In her speech, Cuba’s ambassador to Belgium, Yaira Jimenez, thanked travelers for choosing Cuba as their destination, and highlighted the safety and quality of service at the airport.

You will arrive in a country that has successfully managed the Covid-19 pandemic, despite the difficulties, and with a population almost fully immunized with its own vaccines, whose protocols we make available to all, she said.

The diplomat pointed out that Cuba has one hundred percent of its tourist facilities certified and has characteristics that make it a different destination.

In addition to nature, culture and history, they will find the human warmth of a people with great education, intelligence and hospitality, she said at the event, also presided over by the director of Aviation Development at Brussels airport, Leon Verhallen, the head of Business at the terminal itself, Piet Demunter, and TUI Fly executive Erik Follet.

The airline will fly to Havana once a week, as well as to Varadero, but plans to increase operations to the Cuban capital to two.

Bogota-Santa Clara charter, a milestone for tourism in Cuba

Bogota-Santa Clara charter, a milestone for tourism in Cuba