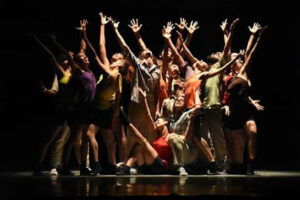 Havana, Dec 25 (Prensa Latina) The Contemporary Dance of Cuba Company (DCC, in Spanish) on Saturday will end its round of performances in 2021 with two world premieres: Sacrificio (Sacrifice), by Laura Rios, and Polvo, palabras, sombras, nada (Dust, words, shadows, nothing), by George Cespedes, former dancers of that prominent Cuban dance company.
Share on facebook
Share on twitter
Share on whatsapp
Share on telegram
Share on email

The seasoned George Cespedes gave shape to the concept of the choreography Polvo…, which was commissioned by Les Films Figures Libres, an independent French company that produces audiovisuals for European and American channels.

With dancers of this prestigious company and asssisted by maestro Yoerlis Brunet, the piece pays tribute to the great French composer, pianist and conductor Camille Saint-Saëns, as this year the world recalled his legacy on the 100th anniversary of his death.

Cespedes, who was granted the Ibero-American Choreography Award in 2002, is the author of hits such as Mambo 3XXI, Identidad a la -1, Matria Etnocentra, La ecuación, R=V (El criterio del camello) and a version of Carmina Burana, which won the Luna Prize in Mexico.

On the other hand, Mambo 3XXI was nominated for three dance prizes in the United Kingdom: the TMA (Theatre Award), the Laurence Olivier Awards and the Crtics’ Circle National Dance Awards.

Under the general direction of 2018 National Dance Prize winner, Miguel Iglesias, the company will perform at the Avellaneda Hall of Teatro Nacional (National Theater) on Saturday and Sunday at 19:00 and 20:00, local time, respectively. DCC will also perform Danzas del amor que se fue (Dances of Love that Is Gone), by British choreographer Billy Cowie, who also composed the music and created the audiovisual images, with texts by poet Federico Garcia Lorca recited by Clara Garcia Fraile.

This piece was one of the chosen ones for the recent gala that took place as part of the program of the British Culture Week in Cuba.