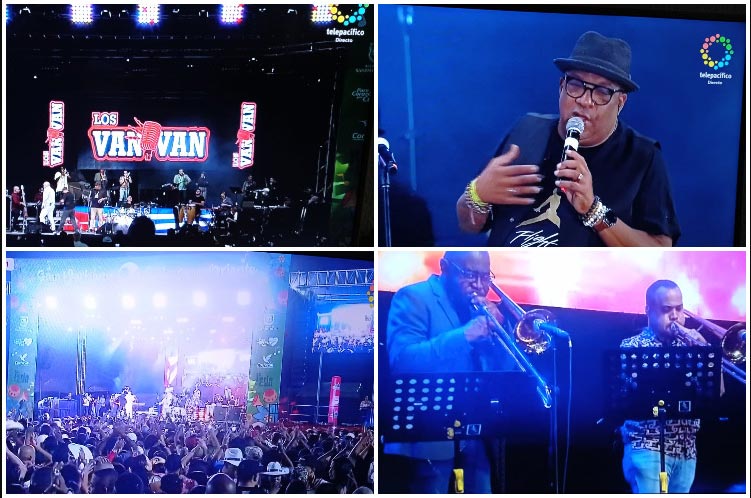 With well-known and more recent songs, Cali residents not only danced to the rhythm of the peculiar sonority of “El tren de Cuba” (The train of Cuba), as the band, founded by Juan Formell, is also known, but also sang every one of their songs as it usually happens with Cuban music in this city.

Those who attended the great concert also enjoyed the improvisations of its singers, who resort to the use of picaresque, irony and “costumbrismo”, and let themselves be carried away by the choruses, clapping and steps.

They also enjoyed the powerful voice of the singer, who also showed her talent in the chorus and dance.

The concert took place within the context of the Verbena Salsera del Oriente (Salsa Open-Air Dance of the East), during the second day of the Cali Fair and was broadcast live by the local channel Telepacifico.

The Cali Fair, the most attractive artistic show of this city, returned to performing abroad in 2021 with cultural activities in traditional spaces, in neighborhoods and even in towns surrounding the city, the capital of the department of Valle del Cauca, and will run until Thursday.