Madrid will host the cream of the crop in world chess 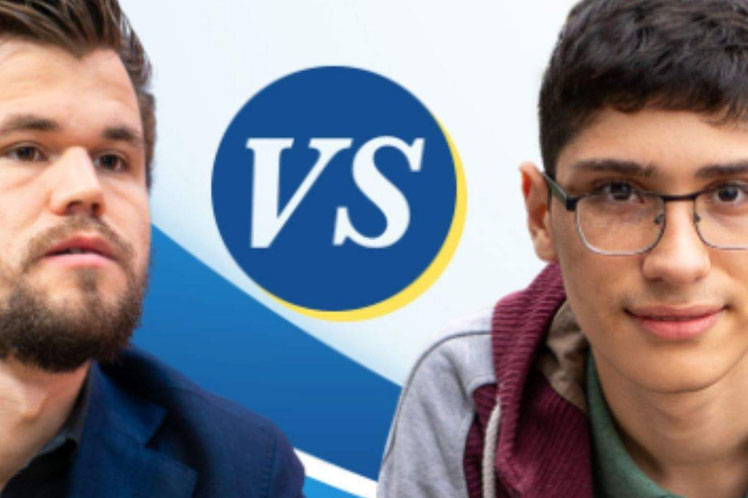 Madrid will host the cream of the crop in world chess

The chess tournament to find an opponent to the Norwegian genius Carlsen will take place in this capital from June 16 to July 7 next year. But the background points to the figure of Firouzja, an 18-year-old Iranian who now competes for France and has the second highest ELO in the world.

A few days ago, the Nordic ace hinted he would only defend the title against Firouzja which he revalidated on December 10, by beating Russian Ian Nepomniachtchi by 7.5 to 3.5 points.

Although it may seem like a question of egos, the truth is that the trajectories of the two greatest chess figures at the moment are quite similar.

Carlsen became Grandmaster at 13 years of age and Firouzja at 14. The Iranian is the youngest player to exceed 2,800 ELO points, to break the record that belonged to the Norwegian.

So the odds of them meeting for the world crown are high. However, before that, Firouzja will have to face a super elite group in Madrid: American Fabiano Caruana, Polish Jan-Krzysztof Duda, Russians Sergey Karjakin and Nepomniachtchi and Azerbaijani, Teimour Radjabov.

There are two places left to complete the quota of eight, reserved for the two best classified in the Grand Prix of the International Chess Federation (FIDE), in three tournaments that will be played from February to April 2022.

FIDE, the Chess.com platform as organizational sponsor, and the Scheinberg family as patrons of the event, reached the agreement announced this Tuesday regarding the Madrid contest.

“The Candidates tournament is one of the most exciting on the calendar (…) its popularity has grown to the point of being comparable to that of the world title match. For FIDE, it is a great satisfaction to celebrate this event in Spain, a country that loves chess, “commented the president of the entity, Arkady Dvorkovich.

For his part, the head of the Spanish Chess Federation, Javier Ochoa de Echagüen, welcomed the Madrid headquarters.

“Chess has always been very popular in our country, and it is widely used as an educational tool in many schools where hundreds of thousands of children participate in chess activities,” he pointed out.

Hosting a top-level tournament like Candidates helps capture the interest of the media, and gives all those children and young players a reference and encouragement to continue practicing this sport, he added.

Likewise, the Iberian country hosted other relevant Candidates fair, with the presence, among others, of Karpov, British Nigel Short, Dutch Jan Timman and the Indian Viswanathan Anand.