Commission for referendum on Family Code set up in Cuba 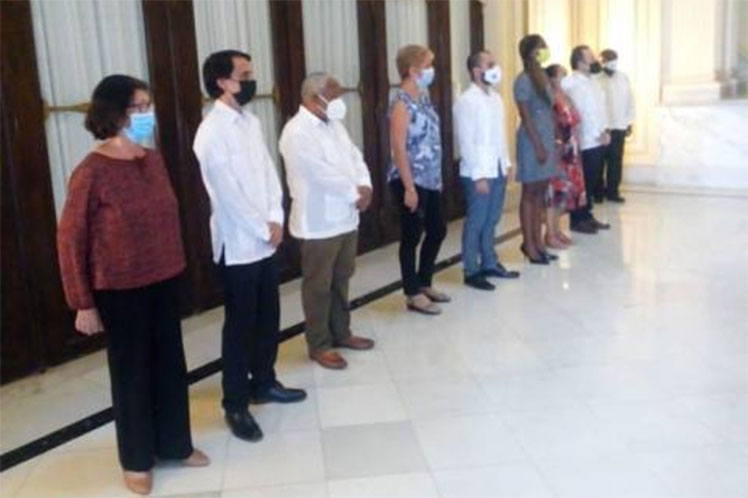 Commission for referendum on Family Code set up in Cuba

The inaugural ceremony, held at the headquarters of the Foreign Ministry on Wednesday, the vice president of the National Electoral Council, Tomás Amarán, recalled that the representatives assume their functions in accordance with the Electoral Law of the Caribbean country.

On his side, the interim Minister of Foreign Relations, Gerardo Peñalver, assured that the commission is an irrefutable example of the will of the Cuban State to defend the broadest democratic participation in legislative processes.

“The consultation and referendum of the new Family Code will be based on the experience acquired in the constitutional referendum held in the country and abroad, between August 2018 and February 2019,” he added.

On that occasion, more than 39,000 Cubans in official missions participated actively from the previous consultation stage in 120 countries through the 121 special electoral commissions created.

“We recognize the importance of maintaining close coordination with the authorities of the National Electoral Council at all times, as well as their advice in the development of this process abroad,” added Peñalver.

The Cuban missions, he said, will once again be an important link in this process.

The special commission created this Wednesday, chaired by the diplomat Antonio Machín, will organize the participation of Cubans in an official mission abroad, during the popular consultation of the Family Code, a process approved by the National Assembly of the People’s Power of Cuba (Parliament ) in its most recent session.