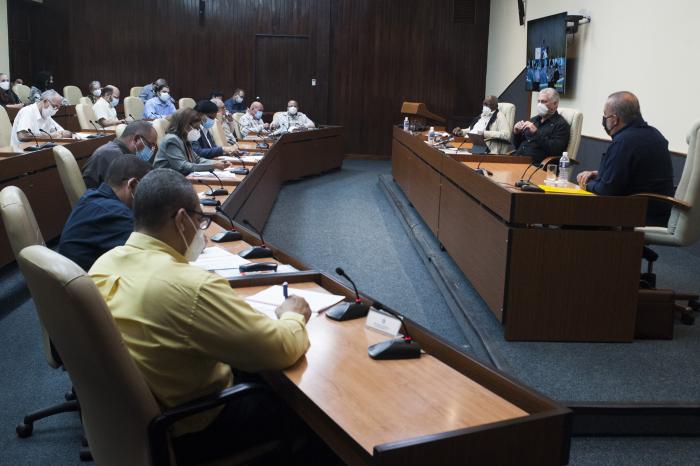 Food production, agriculture, as a primary sector, has to be developed. It is a pending task that we must solve, despite the low availability of resources and the US government’s siege, he said.

In a meeting held the day before with state and business authorities, scientists and experts to evaluate the implementation of the Government Management System based on Science and Innovation in agriculture, the President stressed the need to boost the agricultural sector.

According to the Presidency’s website, during the meeting, the head of the Agriculture Ministry, Idael Perez, identified, among the main challenges, those related to human potential, the productive sector, knowledge, financing and territorial development.

One of the greatest challenges, he explained, is to ensure the permanence of the labor force (workers, technicians and professionals), first and foremost, those directly involved in agriculture, as well as to increase their numbers and improve their training.

He also stressed the need to implement the principle of greater production with less expenses through the use of science and innovation.

Prime Minister Manuel Marrero affirmed that in order to solve the problems, it is essential to change the leaders’ mentality.

For her part, Deputy Prime Minister Ines Maria Chapman insisted on the development of local food systems as a fundamental link in the application of science and innovation, among other issues.

At the conclusions of the meeting, Diaz-Canel called on scientists and encouraged their participation in the construction and implementation of their projects.

Pope Francis sends aid to victims of typhoon in the Philippines