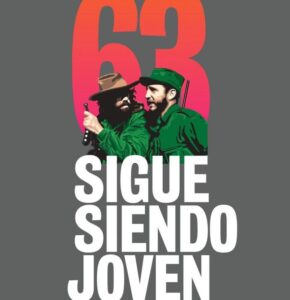 Havana, Dec 31 (Prensa Latina) The president of the National Assembly of People's Power (Parliament) of Cuba, Esteban Lazo, today congratulated the people of the island on the arrival of the new year and the 63rd anniversary of the triumph of the revolution.

In his message, Lazo recalled the guidance of historic leader Fidel Castro, as well as the popular government established on January 1, 1959 to put an end to years of dependence on the United States.

In another moment, he stressed that 2021 has been complex, but, thanks to the organization of the people and the socialist system, it was possible to face Covid-19 and the intensification of Washington’s aggressiveness, in addition to working for the vitality of the economy.

The President of the Council of State also said that during these months, democracy and citizen participation were deepened.

He stressed the contributions of the people to the legislative program of the Assembly, from the control of its commissions to health measures and production and services plans, as well as the denunciation of the interference of the United States and its allies against Cuba.

“After a hard and challenging year, there are many motivations, personal, family and collective, to celebrate the end of the year; however, neither the citizenry nor the institutions can forget what we have learned and lower our guard”, he commented in reference to a possible resurgence of Covid-19.

Previously, the President of this nation, Miguel Diaz-Canel, urged to start the new year with optimism and joy, after a difficult 2021.

The president stressed that a period of losses and hard learning is coming to an end but also of victories.

On several occasions, the highest leadership of the country highlighted the heroism, talent and creativity of the people to face the adversities of 2021 in the face of the intensification of the U.S. blockade and the situation of Covid-19.

Cuban president grateful over greetings on anniversary of Revolution

Cuban president grateful over greetings on anniversary of Revolution