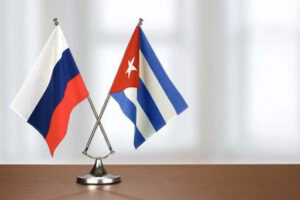 Russia’s trade representative in this capital, Aleksandr Bogatyr, told TASS news agency that, although trade turnover between the two nations in 10 months of 2021 was around 100 million dollars, 14.5 percent less than the same period of 2020, joint projects are maintained.

He acknowledged the impact of Covid-19 on Cuba’s performance, but also the gradual recovery of different sectors, and said that business will continue in the metallurgical sector, electric power, oil production, transportation, communications and telecommunications.

Bogatyr expressed confidence that, in 2022, Cuba will consolidate the positive trends of its economic development and will enter a path of sustainable growth, to which Russian commercial and economic cooperation will contribute.

Meanwhile, Consul General to Havana, Nana Mgeladze, commented to the agency the increase in the arrival of Russian tourists in Cuba and airlines and tour operators’ interest in this destination.

This year, Russia became Cuba’s main tourism market, with around 170,000 tourists up to the end of November, according to Cuban Tourism Minister Juan Carlos Garcia, at an event in recent days.

At present, companies such as Aeroflot, Azur Air and Nordwind operate flights to Cuba, while another airline has permission to do so, but has not started them, Mgeladze said and added that an increase in the frequency of trips is expected as of the new year.

The diplomat pointed out that the opening of borders and the increase in the tourist flow is mainly due to the fact that this nation has vaccinated almost all its population as from two years of age, which turned it into a safe scenario for world travelers.