Many friends of Cuba congratulate it from Spain 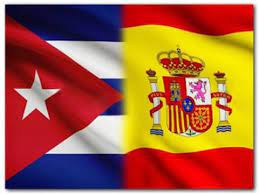 Many friends of Cuba congratulate it from Spain

Through a statement disclosed by Cubainformación, the State Movement of Solidarity with Cuba (MESC), made up of 57 groups in Spain, sent the statement along with FACRE.

FACRE, the Jose Marti Federation of Associations of Cuban Residents in Spain, which is made up of patriotic Cuban emigrants, congratulated the revolutionary Cuban people and government.

The text, entitled “Cuba Lives and Thrives!,” highlighted that Cuba overcame major difficulties and obstacles in 2021, “a year marked by the world crisis posed by the Covid-19 pandemic and the terrible and harmfull US blockade.

It added that Cuba has faced a campaign of destabilizing attacks, media manipulation and political and diplomatic interference, as well as economic attacks by the Miami mafia supported by the international right wing, the US government and its allies.

“Thanks to the Cuban people’s heroic resistance, the political willingness of the government and the quality and humane commitment of the working class, we must recall 2021 as the year in which Cuban science was tested and achieved, with Covid-19 vaccines, a spectacular victory, but silenced by the major corporate press (…),” according to MESC and FACRE.

Meanwhile, the statement said that Cuba is undergoing a process of updating its economic system that will improve and render Cuban socialism sustainable, affected by the US blockade for over sixty years.