Venezuela will recover its economy in 2022, assured Maduro 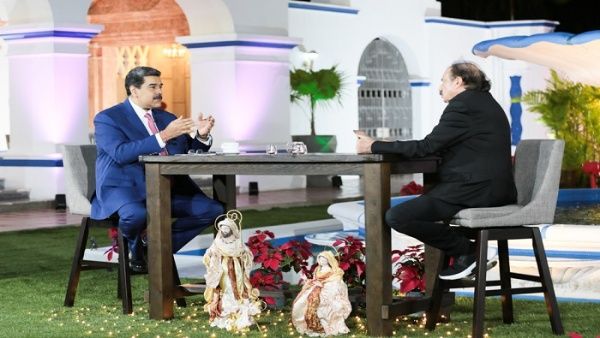 Venezuela will recover its economy in 2022, assured Maduro

During an interview the day before with Spanish journalist Ignacio Ramonet, the president denounced that Washington’s unilateral coercive measures terribly hit the economic life of the country, the income of the State, the working class, the family and the Venezuelan business community.

However, he stressed, by launching a set of actions, economic growth has recovered, reaching 7.5 percent in the second half of 2021.

Last year, he stressed, was the best and in the midst of the economic war the Executive will continue attentive to the development of the economy, “we will facilitate the release of internal productive forces and continue to control all inflationary processes.”

He recalled this South American nation has its own economic engines, industrial and technological capacity and knowledge to move forward and replace the old capitalist economy dependent on oil.

The head of state also assured that Venezuela will continue to fight to recover its assets seized abroad by the extreme right, the United States and its allies.

“We are in permanent diplomatic, political and legal activity. We are holding a trial in London for the recovery of the gold reserves of the Central Bank of Venezuela (…) sufficient evidence was provided by the legitimate authorities of the Bank,” he stressed.

Maduro clarified that a moral struggle is inserted in these issues and said the Venezuelan extreme right and its allies demonstrated the moral rottenness in which they move, “they put their claws like birds of prey and what they have done is steal them.”