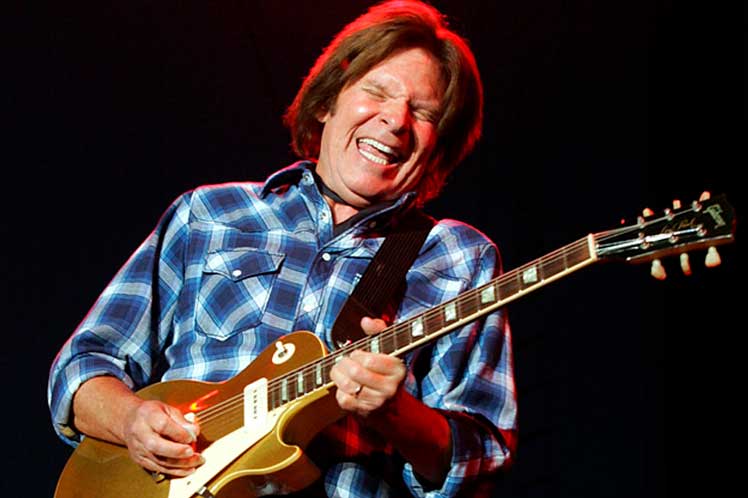 La Habana, 3 ene (Prensa Latina) John Fogerty is already 76 years old, and many young and not so young may be unaware of his talent and influence in music, but his fame remains intact, as does that of the U.S. group which he unquestionably led: Creedence Clearwater Revival. A singer, composer and record producer, Fogerty was able to take a small band to stardom in his time -from its emergence inthe music world and despite a brief existence- and place it at the top of rock of all times.
Share on facebook
Share on twitter
Share on whatsapp
Share on telegram
Share on email

The so-called Bayou rhythm, which characterized Creedence Clearwater Revival, was the work of John, who stood out for his own style in performing each piece, sometimes with chopped words or phrases and a confusing pronunciation, which added more beauty and authenticity to the pieces, most of which he composed.

The band’s style, a combination of rock and country blues, was linked to the southwestern regionof Bayouin Louisiana, where folklore has a strong French influence, although all four members came from the west coast city of San Francisco.

Stu Cook on bass, Doug “Cosmo” Clifford on drums, John Fogerty on vocals and lead guitar and his older brother Tom on rhythm guitar made up the band with such a short career (1967-1972), but with a large number of gold record winning songs thanks to their quick and deeplyrooted popular preference.

At the time, the group was on the road from one success to the other. However, the band’s inner unity was undermined by differences among members, until Tom Fogerty (1941-1990) announced his leaving the band and in October 1972 the world regrettably learned the official dissolution, putting an end to a brilliant musical page.

John continued a successful career as a soloist and is considered one of the most outstanding singers, guitarists and composers in rock and roll history.

Creedence Clearwater Revival was actively working for a short time, but the period was enough to make it a legend and for it to beadded to the Hall of Fame of Rock in 1993.

Cuban singer songwriter is confident in the end of US blockade

Cuban singer songwriter is confident in the end of US blockade