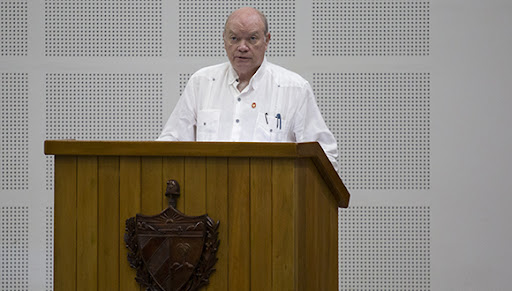 As stated by the Minister of Foreign Trade and Foreign Investment Rodrigo Malmierca, before Parliament in the eighth regular session, there is work to be done in terms of facilitating the processing of permits, licenses and authorizations.

And at the same time, he pointed out, eradicate prejudices in the mentality of businessmen, cadres and officials.

The Minister acknowledged that the little progress achieved in 2021 is not attributable only to the difficulties generated by the economic, commercial and financial blockade of the United States in the last two years and the international crisis derived from the Covid-19 pandemic, but also due to internal factors.

He reiterated the need to increase direct foreign investment flows and its participation in GDP, “which implies improving the conditions of Cuba as a market for investment and perfecting the process of promotion and attracting foreign capital.”

Regarding the negotiation and authorization of foreign investment, in general, the deadlines for approval have been met at each of the levels authorized to do so, but it is in the stage of negotiation and preparation of the files where they emerge the most significant delays.

Other essential problems are the wrong conception of projects, insufficient preparation of opportunities and their uneffective promotion.

On that basis, it was called to deeply and comprehensively evaluate the measures to be adopted, since the attraction of investments cannot sacrifice sovereignty, nor renounce to essences of the socialist model, he stressed.

After the new law was approved in 2014, 285 businesses were approved, 49 located in the Mariel Special Development Zone, and 29 reinvestments in the sectors of tourism, energy, food, and light industry.

Regarding the portfolio of opportunities for 2022, consistent with the main strategic axes of the National Economic and Social Development Plan until 2030, it has 678 projects, 175 more than in the previous year, with an investment amount valued at approximately 12.5 billion dollars.